‘You Can Create a Better Editorial Environment Online Than in Print’
Overheard at IMAG. 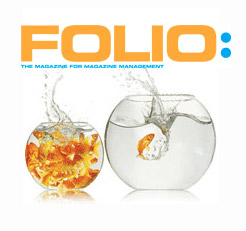 EVANSTON, Illinois—I’ve been covering the Independent Magazine Group’s conference here this week. Despite the gloom and doom that sometimes (justifiably) seeps into industry events, the mood at this show was generally positive if serious, with publishers speaking frankly about the challenges facing indie magazines. In other words, "no bull***"!

Here are some assorted, random quotes from the sessions:

“Every one in this room should be putting together a video team, even if it’s only one person … Video killed the radio star? Video is going to kill the magazine star if we aren’t careful.”
—Bradford Fayfield, founder and owner, Storm Mountain Publishing

“Thank you for your help in the quest to end bad Web sites forever.”
—Cia Romano, CEO and founder, Interface Guru

“We had a user that was offended by an ad next to an ingredient that was unrelated … online it’s about bringing information in a relevant way, and that includes ads.”
—Janet Ludwig, president, Allured Publishing

“Only at IMAG is the legislative report as riveting [in] provoking response from the audience.”
—Lusterman

“I argue that you can create a better editorial environment online than in print.”
—Fayfield