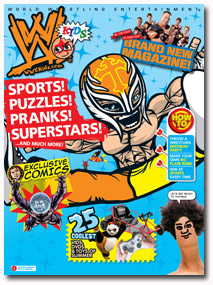 “We know the universe of WWE fans is growing, and our editorial team has put together a great product with WWE Kids for an avid fan base,” WWE vice president and publishing director Bob Lee tells FOLIO:.

Content will range from fitness to nutrition to geography to esteem building, WWE says.