The Wrap Asks: Is the Media Rebound for Real?
Sales are increasing, but let’s not get too excited just yet. 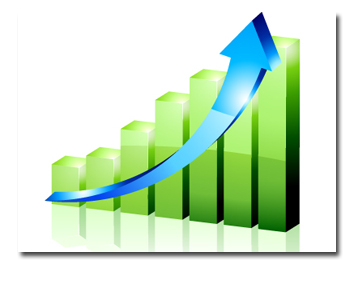 The Wrap’s media columnist and former FOLIO: digital editor Dylan Stableford put together a feature this week that takes a look at the advertising uptick being seen across media right now. He notes that a number of major media players like News Corp. and Time Warner have reported better-than-expected quarterly earnings.

But while the ad market is indeed showing signs of strength across several sectors (thank goodness), Stableford polls a number of media types (myself included) about whether what we’re experiencing might be a full-blown recovery or just the beginning of one.  And, either way, why is no one talking about it?

I argued that while increased earnings and profits are of course good signs, those gains aren’t dramatic, and media companies certainly aren’t waving any victory flags yet. At least two important things need to be taken into consideration beyond simple chart scanning. One is that the first quarter of 2009 was really, really bad. So while a spike in sales so far this year is certainly a good thing the increase is compared to a period last year that saw severe losses.

Secondly, you need to consider how profits are being calculated. Some publishers might be reporting earnings increases or narrower losses, but only after shutting down magazines and cutting workforces. Some companies barely resemble what they were even two, three years ago.

For instance, struggling Playboy Enterprises reported a net loss of only $1 million through the first three months this year, compared to a $13.7 million net loss during the same period in 2009. But let’s not forget all the layoffs, the frequency reduction and how it farmed out all but the editorial operations at the magazine to American Media Inc.

The same is happening at magazine vendors, too. Printer Worldcolor reported a net loss of $29 million during the first quarter of 2010, compared to a loss of $126 million during the same period last year. It even doubled its adjusted EBITDA to $79 million, versus $36 million from last year’s period. But why? The company attributed the value boost to cost containment and reduction initiatives which saw workforce reductions and the closing of six facilities in North America.

No doubt, the remainder of 2010 will continue to be a difficult journey for media companies. Magazine publishers face two paper price increases this summer and are still trying to figure out how to make nickels from the Web, mobile and tablet platforms. But it won’t be without its bright spots. Hopefully the ad recovery will continue and help stem more losses.

In the meantime, let’s not all get carried away and throw any victory parties, just yet.