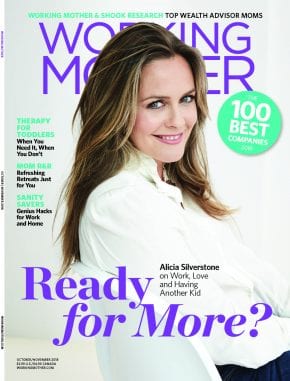 Working Mother was formed 40 years ago with the mission to provide an underserved demographic in the workplace with the knowledge they need to succeed in their jobs while also keeping family a priority.

Since then, Working Mother Media has begun to expand beyond the working mom readership, using its 33-year-old Best Companies franchise, which celebrates the companies that best help women thrive in the workplace, to shed light on the other underrepresented employees, such as LGBTQ+ workers, multicultural women, and most recently, working dads.

“Our research has considered the other myriad types of people who are working, even though we’ve been very women-focused,” says editor-in-chief Meredith Bodgas, pointing to the fact that through surveys of companies for the Best Companies lists, Working Mother has been collecting information beyond policies that are pertinent to working mothers, including paid paternity leave.

With the initiatives like Best Companies for Multicultural Women, Executive Women, and Dads, which launched last month, Working Mother is no longer limiting its scope to the 17 million working mothers in the country, but is working to provide services and inspiration for the whole of the workplace, all the while striving to create better work environments for women. 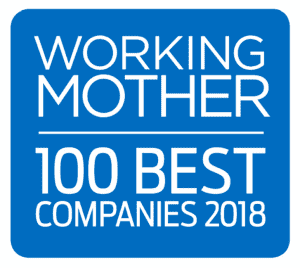 The Best Companies for Dads, for instance, was created to highlight the support dads need in the office in order to have the flexibility needed to be there for their families, which Bodgas says provides mothers with more freedom to advance in their careers for many reasons, including not needing to be the only caregiver who stays home with the kids.

“We are not pushing working moms away—they are our core—and in fact, the work that we do that isn’t mom-specific is still to benefit moms,” Bodgas tells Folio:. “Moms are women of color, moms do work at law firms, moms do want to be executives at companies. And with dads again, it is all about helping moms. We want to show other workers that we care about them too.”

And Working Mother is doing this by creating content for these demos on the site and in print, writing features that tie into the Best Companies initiatives, and working to create a more diverse readership.

“The traffic growth proves that it’s working really well,” says Bodgas, who took on the role of EIC at the end of 2016. “It’s resonating with 42.9 percent year over year, and that’s comparing myself to myself. It was up even higher comparing 2016 to 2017.”

Beyond the bump in site traffic, which has reached 1.5 million UVs, Working Mother has also seen growth in engagement across many of its social channels with Facebook followers increasing 39 percent year-over-year, Twitter at 19 percent, and Instagram at 86 percent. 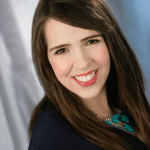 “Our goal is to expand both the content and the reach. The title might say, “Working Mother,” but the bottom line and the reality of it is, we are not just experimenting, we are expanding upon a model that works, that works well,” says Subha Barry, president of Working Mother Media.

And when asked if she is considering rebranding the magazine to better appeal to these diverse audiences, Barry admits that she’d “be lying if I told you I didn’t think about it, but it’s a work-in-progress. We aren’t there yet, but we will always look at it because when you have a title like Working Mother and you’re addressing working dads, or even women who are choosing not to have children, then they ask themselves, ‘Does this really apply to me?’ And through our content, we absolutely speak to them.”

Still, under the Working Mother title, Barry points out that the brand has seen revenue-positive responses from the demo shifts that it has been undertaking. With the launch of the Best Companies for Dads initiative alone, she says that it saw sponsor interest almost immediately even though it was one of the first instances where Working Mother stepped outside of its women-focus content and aimed itself at men.

“We think that a lot of men in the workplace know their place and know what they need to do, and are ready to do it and their companies are saying, ‘We’re ready to engage them in doing this,’” says Barry. “So not only did we not have any issue with [finding sponsors], but we actually had to have a cut off date to stop it, otherwise we would have kept having these founding sponsors added to the list.”

And the founding sponsors—eight in total, including General Motors, Johnson & Johnson, MetLife and Unilever—who signed on had previously been involved with some other initiative through the Working Mother brand, according to Barry. “When they saw this, they wanted their names on it and they wanted to be a part of it.” 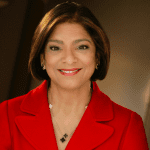 The main contributor to the brand’s revenue, however, is its events and conferences, which are often tied to editorial products like Best Companies. Barry explains that they were created in order to provide a forum for sharing best practices.

“Conferences are a part of the overall set of ammunition and tools that we have to be able to inform our end user, whether that is a company, or an individual employee within the company,” she says. “We really believe that you’re going to need many different tools in your arsenal to be able to really engage them, inform them, and educate them.”

Even with a robust portfolio of events, Barry still sees this division as one the most promising areas of growth in the new year, including launching a conference tied to Best Companies for Dads.

“I like to think of those conferences as making those feature stories come to life,” says Bodgas. “I’ll look at what the reaction is to certain speakers or to certain types of panels at the conferences and I’m think about, how can this be stories in the magazine, how can this be a story online. We’re making sure that’s something we’ll delve into in the magazine as well.”

And due to the broadening of Working Mother’s targeted readership, Barry says that the brand is in talks to expand the quarterly print publication to incorporate more content, such as features that dovetail with other initiatives going on at the brand, or even potentially adding in a fifth issue into circulation as early as 2020.

“We want make sure that if we’re expanding the number of issues that we’re doing, it somehow isn’t cannibalizing or taking away the focus from what is the feature in that particular issue,” says Barry. 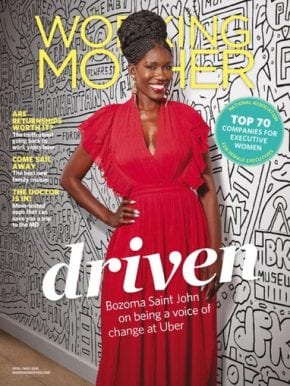 The glossy, which was taken down to four issues per year four years ago, remains appealing to readers according to Bodgas because “working moms want the luxury of sitting down with a magazine and four times a year they can find that time,” while dedicating themselves to the magazine 12 times a year would be more difficult for the busy readership.

And both Barry and Bodgas say that because of this, the print product has remained a revenue-driver for the brand and a steady platform for engagement, with a circulation of approximately 200,000, which Bodgas says has been consistent for the past few years.

However, standing alone, Barry speculates that the magazine likely wouldn’t be as successful as it is, nor would the conference division succeed without the support of the print editorial support.

“If you look at the profitability of each division and each line of business, they don’t live and die on their own,” she says. “I guarantee you that our conferences division would suffer and struggle if we eliminated the print issue. So each one ties into the other and I think that we get to showcase that in the magazine and editorial feature in our conferences in an expanded way.”

Working Mother has made sure to tightly weave these two divisions specifically, with each of the issues getting tied to one of the main initiatives for the brand. For example, the Oct./Nov. issue is traditionally tied to the Work Beyond conference for the brand.

“We are a very unique type of magazine because the magazine essentially is a key to everything else we do—they are all interconnected and interrelated and no one of them will do well without the support of the other. The reality is, we have figured out how to mitigate risk and how to spread our risk in a way that we are not exposed to it,” explains Barry. “And in my opinion, if more magazines had figured that out then maybe they would still be around.”