Women’s Health to Increase Rate Base Again
Announcement comes on the heels of management shakeup. 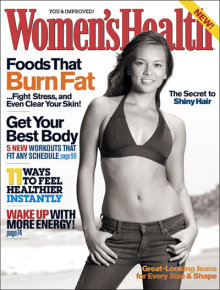 A week after the announcement of a number of management changes at parent company Rodale, Women’s Health has announced it will raise its rate base by 23 percent—from 1.1 to 1.35 million—starting with its January/February 2009 issue.