William Randolph Hearst III Named Hearst Corp. Board Chairman
Fills one of two vacancies created by the death of his 84-year-old cousin. 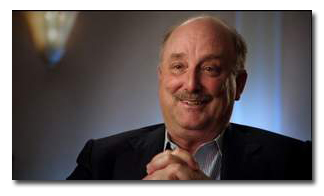 William Randolph ("Will") Hearst III, a grandson of the late Hearst Corp. founder (1887) William Randolph Hearst, was elected Hearst Corp. chairman of the board of directors on Jan. 22. He is a former San Francisco Examiner editor/publisher and is a partner emeritus at the venture-capital firm Kleiner Perkins Caufield & Byers.

The remaining vacancy is at the 13-member Hearst Corp. Family Trust, which was established under the will of William Randolph Hearst (he passed away in 1951) and directs all financial matters.  Per the will, five of the 13 trustees must be family members, and Will Hearst is already among them.

Staehle and Tarafa are both great-grandchildren of William Randolph Hearst.

Hearst Magazines president David Carey and president/marketing and publishing director (both since June 2010) Michael Clinton were previously elected to the board of directors. Neither is a trustee.