Wiley Appoints Thomson Reuters Exec as EVP and Chief Strategy Officer | People on the Move
Wired added a new site director, director of social media, and more to its staff this week, and more people on the move. 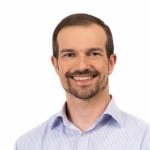 Taneli Ruda started as John Wiley & Sons, Inc.’s new EVP and chief strategy officer this week. Ruda brings over two decades of experience in information, technology and consulting industries to this position and will work to define and lead Wiley’s growth by driving key initiatives that serve the research and education sectors.

Most recently, Ruda held the title of head of corporate strategy at Thomson Reuters where he was responsible for defining the company’s portfolio and growth strategies, while also driving mergers and acquisitions across the brand. Before that, he also held the position of SVP and managing director of ONESOURCE Global Trade at the company.

“Changing the shape of education and research through technology, services and dynamic content is a critical undertaking in our global knowledge economy,” said Ruda in a statement. “I look forward to working with the leadership team and our global colleagues to drive the strategic planning process at Wiley and help our customers and partners achieve their goals.” 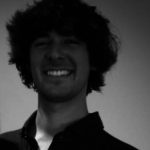 Wired made several additions to its staff this week including tapping Outside’s Scott Rosenfield as its new site director. Rosenfield has been with Outside since 2014 and served as digital general manager where he launched the site’s affiliate revenue program and expanded the brand’s newsletter strategy, which lead to record revenue growth. Reporting to EIC Nick Thompson, Rosenfield’s new role begins on July 23 and he will be tasked with leading digital strategy and editorial revenue programs across platforms.

Meghann Farnsworth is joining Wired as its new director of social media. She’s joining the brand from her position as engagement editor at Recode. In her new role, Farnsworth will overall all of Wired’s social channels and will report to audience development director, Indu Chandrasekhar. 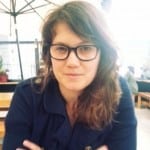 Former editor of the science and technology section, Elements on NewYorker.com, Anthony Lydgate, was hired as a senior editor at Wired. He will focus on narrative features and report to Maria Streshinsky. Caitlin Kelly was also hired as a senior editor, but with a focus on national events and politics through the lens of technology and innovation, and will report to WIRED.com editor Andrea Valdez. Prior to this, she was senior features editor at Vice, and before that, an editor also at NewYorker.com.

Rejoining Wired is Emily Dreyfuss, who will serve as a senior writer after serving as a fellow at The Nieman Foundation for Journalism at Harvard for the past year. Previously, she edited Wired’s national affairs coverage during the 2016 elections. As senior editor, Dreyfuss will report to Caitlin Kelly and will cover how technology affects society, ethics in Silicon Valley, and the media. 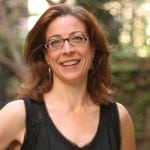 Men’s Health made two appointments to its staff this week. Marty Munson was tapped as health director of the brand from her role as deputy editor of Dr. Oz THE GOOD LIFE. In her previous position, Munson led development and direction of the magazine’s health, nutrition and fitness content, as well as created and edited the “Your Heart: The Inside Story,” which earned the first National Magazine Award nomination for the brand.

In her new role, Munson will focus on health and medicine features as well as work to help Men’s Health readers realize personal wellness goals. She will start in the New York office on July 30.

Ross McCammon was appointed as special projects editor at Men’s Health as well this week. Also based out of New York, McCammon will take on the responsibilities of top-editing the front of the book, working with editors on display type and packaging, and overseeing specific special features, starting on July 11. He will also be assisting with certain projects at Popular Mechanics. 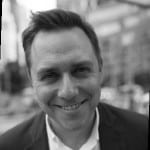 McCammon joins the brand from his role as director of service and lifestyle at GQ where he oversaw print and digital coverage of a variety of topics including gear, tech, and fitness.

Newsweek has appointed Fred Guterl as its special projects editor where he will be tasked with creating new magazine franchises in innovation, science and engineering. Guterl is rejoining Newsweek after a seven-year stint at Scientific American where he most recently served as executive editor. Prior to that, Guterl served as deputy editor of Newsweek International for a decade, starting in 2000.

James LaPorta was also tapped by Newsweek this week as a staff writer covering national security and the Department of Defense. LaPorta is a former U.S. Marine and has had bylines in the New York Times, The Washington Post and The Daily Beast.

Recode’s editor-at-large Kara Swisher is taking on the role of contributor to the New York Times Opinion page, in addition to her current duties. Beginning in August, Swisher will regularly discuss tech and its impact on the world.

Betsy Morais was tapped as managing editor for the Columbia Journalism Review. She has served on the editorial staffs of The New Yorker and The Atlantic, and recently held the title of senior editor at Harper’s. 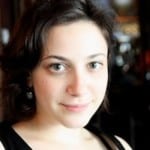 Former director of news at Time and Time Inc. Dan Hirschhorn started this week as managing editor for news at Barron’s. In his new role, Hirschhorn will lead daily digital programming planning and news planning, and will report to editor Katherine Bell.

Quartz’s deputy ideas editor Georgia Frances King was promoted to ideas editor this week. In her new role, she will lead Quartz Ideas as it works to build a network of high-profile thinkers and creators. Having been with Quartz for nearly two years, King has reported on a variety of topics including the intersection of AI, design and language.

Quartz has also added three staffers in an effort to expand its Facebook Watch video platform, “Quartz News.” Isabelle Niu joins the brand as a video journalist from Splinter, where she spent three years producing, editing, and hosting breaking news, features and more. Jia Li is taking on the role of director of photography at the brand and most recently directed, shot and edited documentaries for Vice on HBO, Fusion and other media outlets. Marcie LaCerte comes from NPR where she contributed animations, motion graphics and illustrations to different stories. She is taking on the role of animator at Quartz. Current staffers Preeti Varathan and Molly Rubin are also joining the video team as video journalists.

Americas Quarterly’s Juliana Barbassa is leaving her role as managing editor and is also joining the New York Times as an editor focused on covering Latin America.

Bloomberg Opinion made three new hires this week. Bobby Ghosh was hired onto the editorial board from his role as editor-in-chief of the Hindustan Times. Ghosh also formerly held senior roles at both Quartz and Time. He will be based in London and will focus on the Middle East and the Islamic World.

Rachel Rosenthal will be taking on the role of editor and will be based in Singapore. Most recently, she served as a reporter and editor at the Wall Street Journal. And Lara Williams was tapped as the section’s first social media editor. She will also be based out of London.

Ozy Media has tapped former Discovery Communications advertising executive Sharon O’Sullivan as its first-ever chief revenue officer. In this new role, O’Sullivan will be tasked with driving sales for Ozy.com and its TV series, podcasts and events by both expanding existing revenues streams and creating new ones. She will also be working with current advertisers to create new advertising and sponsorship opportunities.

Prior to joining Ozy Media, O’Sullivan served as a media sales and strategy consultant, and before that, as EVP of client and brand partnerships at Discovery Communications.