Why One Event Is Doing Away With Exhibitors
Knowing what your attendees really want. 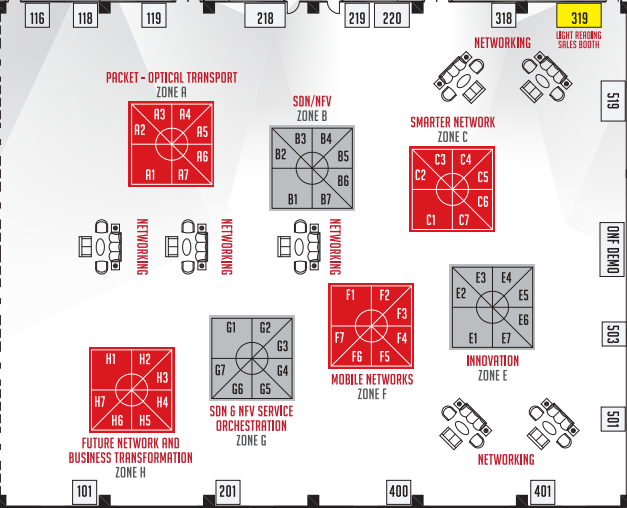 Light Reading, a b-to-b publisher and event producer in the telecommunications market, tried something new with the launch of its Big Telecom Event (BTE) last month: they got rid of exhibitors.

Companies still had the chance to make pitches and educate the show’s 1,500-plus attendees on the merits of their products, but it wasn’t on a traditional showfloor and it wasn’t in a format most attendees have become accustomed to. Instead, BTE provided an "Innovation Zone" where more than 60 companies gave hands-on demos in turnkey booths.

Stephen Saunders-the founder and CEO of Light Reading who recently bought the company back from UBM after selling it in 2005-says the move was made after extensive surveying of the end-user attendee base.

"Not only did they not find booths helpful, they actively disliked them," Saunders says. "They wanted to spend more time digging into the details, spend more time with the actual products, discussing them on a high level. Booth size doesn’t mean anything to them."

The intricacies of the telecom market, along with its lengthy buy cycles, paired well with the hands-on approach, he adds, while an open floor plan with several networking areas for ad-hoc meetings offered a physical atmosphere to match the discussion-centric strategy.

As the research showed, selling consumers on the change was easy, but getting presenting companies on board was more difficult.

"It was a longer sales process," Saunders admits. "We did have to explain a little about why we were doing this show this way and how it could ultimately work to their benefit."

It’s worked though. BTE recently announced that its 2015 show will triple the size of its showfloor and conference program space to 150,000 net square feet and move from the Sheraton Chicago to McCormick Place next June.

The model fit the market here, but could swapping booths for presentation setups work in other segments?

Events are too tied to legacy revenue streams to cut booth space so drastically, even if their attendees say they’d prefer it. After all, there’s a lot to gain from the Cold War-style booth size races that take place on show floors throughout the country.