What Magazines Can Learn from the Harlequin Book Industry
Lose the bathwater, keep the baby. 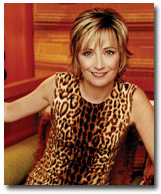 MIAMI—According Cosmopolitan editor Kate White, the opening keynote speaker at the 2009 MPA Retail Conference here Monday, the magazine industry has quite a bit to learn from Harlequin book industry, which over the past few decades has continued to survive and remain popular with classic themes of “heaving bosoms and Fabio-like hunks.”

When it comes to connecting with consumers and trying to anticipate their changing needs, White says it doesn’t pay the print industry to “throw the baby out of the bathtub,” or get rid of print and focus only on the Web and other digital properties.

While providing the five tips that she and the rest of the Cosmo staff keep in mind when grappling with the challenges the industry is facing today, she told attendees to look to the harlequin novel industry as an example of how to “throw out the bathwater instead of the baby.”

White explained that as each decade passed, Harlequin novel writers have kept the same themes of romance and happy endings, but have changed the characters and plots to reflect evolving attitudes. For example, while female characters’ bosoms heaved as a result of being rescued by a hunky guy, today they’re their bosoms are more likely to heave due to “running five miles after kicking some terrorists’ butts.”

“Reinvention is key right now,” White told attendees. “And if we’re not reinventing, we’re going to be left behind.”