The Wal-Mart List
From American Idol: The Magazine to Zink. 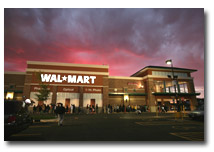 Well, we’ve got the motherlode: the mysterious list of magazines Wal-Mart decided to remove from its shelves.

Wal-Mart has thus far refused to release anything official; however, the list surfaced last week on the New York Post’s Web site—buried in a link at the bottom of one of Keith Kelly’s columns—but was quickly taken down.

We’ve reprinted it, in full, here.