The Value of Time and Discoverability at Events
Expo Next keynote reveals what makes tradeshows endure. 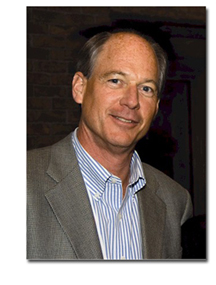 BALTIMORE—Leaders from the event and tradeshow industries converged in Maryland this week to engage in a marketplace of ideas at EXPO Next, EXPO magazine’s first annual conference for event organizers (EXPO is a sister publication of Folio:). One important takeaway was offered by keynote speaker Britton Jones (pictured), president and CEO of Business Journals, Inc., who said that tradeshows and conventions are still about the discovery process.

Citing data from the Center for Exhibition Industry Research dating back to 1978, Jones told the audience that the number-one reason individuals attend tradeshows is to find new products and vendors.

“This will endure in the future,” he said. “It’s true for 80 percent of people, regardless of gender, age group or demographic.”

In order to foster discoverability at tradeshows, Jones said that show organizers need to critically look at time and how it is spent for attendees and exhibitors—a consideration that needs to be taken into account during the planning stages of an event.

“Time is the most valuable asset we all have,” he said. “Maximizing the value of time will be critical to the next generation of shows.”

For Jones’ own tradeshows, which include the fashion events Accessories The Show, MRKET, FAME and MoDA Manhattan, he makes sure attendees can get a highly specific experience to maximize their time, while also getting the option to explore new opportunities.

“One badge for all shows is not the greatest strategy to maximize revenue,” he said. “We have as many as 2,600 brands at the show on the entire upper level of the Javits Center. Instead of creating one large show, we have three highly focused shows that are collocated. Attendees want a lot of resources in a convenient and easy-to-shop way so they can maximize their time. In the future, attendees will get more and more selective about the shows they’re going to go to, and the more you can meet their needs, the more you can drive attendance.”

In order to meet those needs, event organizers should leverage time into the equation to help speed up the discovery process. In the print publications Business Journals produces that are linked to their tradeshows, exhibitor profiles are published and descriptions are offered for new products to be featured at the show—allowing attendees to gather information ahead of time to maximize their experiences on site.

Trend presentations are also set up at the front of the exhibit hall, Jones said, integrating aspects of different products from different exhibitors, which helps buyers determine what the season’s agenda is, making it easier for them to discover products.

“We’re continually evolving the look and presentation with elegantly staged vignettes for product discovery,” Jones said of the trend displays. “One of the dresses [in the display] became the ‘it’ item of the show and the exhibitor was very happy.”

In addition to trend displays at the front of exhibit halls, Jones’ events have in-show video networks at the front of the exhibition hall. This gives exhibitors exposure on television screens in the registration area and a way to get heightened visibility for those that may be “three quarters of the way back on the floor. This gives front-of-show visibility and it’s hugely successful.”

Designing the exhibit aisles in a diagonal instead of a straight line was implemented at Jones’ events to help foster the flow of traffic and discoverability. Additionally, the keynote speaker added that lounge areas were created to help with networking discoverability. Echoing the sentiments from the previous day, Jones stressed the importance of continually moving forward.

“If you keep doing the same things, you better stop,” he said. “As soon as you keep producing the same show over and over again you are in decline. It’s something we’ve really taken to heart, and we make sure the show never looks the same twice.”