USPS’s Flats Sequencing System Comes Under Scrutiny
Amid the ongoing postal rate review, a new report from the USPS inspector general sparks mixed opinions on the future of magazine mailing.

The United States Postal Service’s flats sequencing system (FSS)—a $1.3 billion mail-sorting system for magazines and catalogues—was billed as a revolutionary advancement when it was first unveiled a decade ago, to the point that its rollout even included a slickly produced, Hollywood-style movie trailer.

Ten years and 100 installations later, FSS is “still falling short of expectations,” according to a new report from the USPS Office of the Inspector General (OIG), which raised eyebrows upon its public release earlier this month for its uncharacteristically frank assessment of the Postal Service’s operations.

While the OIG regularly makes recommendations to the Postal Service based on its assessments, this felt different, says Rita Cohen, senior VP of legislative and regulatory policy at the MPA (the Association of Magazine Media).

“They said they don’t even understand the operational and financial impact of the system,” Cohen tells Folio:. “They don’t know that this entire system is less expensive than what they were doing before, which included manual processing.”

The USPS, in its own strongly worded statement, disputed the OIG’s audit, which it called “generalized” and “methodologically flawed.” Among other things, it accuses the OIG of making “overly general statements” based on “a discrete examination of a few select FSS sites,” essentially pinning FSS underperformance on what it calls a “variety of non-FSS-related factors,” that contribute to problems such as leakage—that is, magazines or catalogues intended for FSS that wind up sorted elsewhere, often through AFSM.

Once we had a clear command of all of the various acronyms involved, Folio: decided to sit down with Cohen to learn more about the issue and how it might impact the magazine industry. 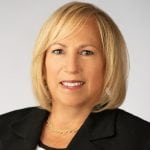 Folio: What was significant about the OIG report, from your perspective?

Rita Cohen: It really questioned the whole fundamental of the flats sequencing system, which we had raised significant concerns about when they first decided to do it. They were setting up a bifurcated system where some offices did it one way, and others did it another. We were concerned all along that this was going to add cost. Lo and behold, we were right, unfortunately, because we are the ones that bear the brunt of the costs.

Folio: This OIG report seems to conclude that, due to a decline in flats mailing and leakage, FSS performance has fallen way below the necessary benchmarks to meet its efficiency goals. Is that accurate?

Cohen: Mail volume is down a lot, throughput on the machines is down dramatically, the hours that they’re running are down dramatically. Plus, there’s the leakage—volume that should have gone into the machines but didn’t. So I would say there are a multitude of issues going on here, and frankly, in our comments to the commission, we basically said that we think they should consider just scrapping FSS, instead of continuing to invest in what seems like an ill-fated system. I think the OIG isn’t going so far as to recommend that, but they are saying that it needs to be reevaluated.

Folio: So the MPA’s take is that not only is this system not as efficient as it was envisioned to be, there’s no indication it’s as efficient as the system that was in place before?

Cohen: It’s gotten worse. Productivity has gone down, and part of that is a function of lower volume, but that’s what the Postal Service has to adjust to. Overall [according to the OIG study], FSS costs six cents per mail piece, compared to two cents on the AFSM.

We think that drives the perception that periodicals aren’t covering their cost, because the Postal Service’s system has degraded through this investment, which was meant to be an improvement but has turned out to be a negative.

Folio: The obvious impact for the magazine industry being that the USPS is in the midst of reviewing its pricing system.

Cohen: Right. We’ve argued that we should not be the ones bearing the burden of changes the Postal Service put in despite our recommendations not to. Our mail has gotten more and more efficient; it’s nothing we did.

When it comes to packages, private industries often do a lot of the upstream work, and then give it to the Postal Service to deliver to the home. We’re fully prepared to do that. With FSS, one of the concerns we had was that it was pulling magazines and other flats further back upstream to have the Postal Service do more of the processing, and we were always concerned that that would not be as efficient.

Folio: What was their original justification for implementing FSS?

Cohen: They imagined that they were going to save a lot of carrier time sorting the pieces. Previously, they had a letter sequencing system that allowed them to create trays of letter-sized mail that the carrier just had to put in his or her car. They didn’t have to stand there and take every letter and sort it by address.

So they thought they could do the same thing for flats, but there was never the same volume. They created a system where the carrier had two sets of trays—one for letters and one for flats—and then he or she had packages someplace else. By having all of these mail streams in his or her car, the delivery time on the street becomes less efficient.

They had anticipated that carrier in-office time would go down. One of the very interesting findings in the OIG report was that there were higher carrier costs in the offices that had FSS installations than in the offices that didn’t. So it appears that it has increased carrier time instead of saving it.

Folio: The OIG audit only looked at a few facilities, though.

Cohen: It went up the East Coast, as far south as Georgia and as far north as Maryland. They picked what they call the “Capital Metro” area, which has 18 FSS machines at nine facilities. OIG felt that they got a pretty good cross-section of different types of facilities, some that were doing better and some that were doing worse. They stood by the fact that it was a representative sample.

Folio: But the Postal Service’s stance seems to be that it isn’t a representative sample.

Cohen: Right. They’re saying no, you only looked at one area. I think the one thing that they admitted, which was significant, was that they haven’t looked at the financial and operational implications of FSS since they started implementing it in 2008. They didn’t argue with the OIG on that.

Folio: Does the USPS simply not have the resources to evaluate this sort of thing?

Cohen: I think they have the resources. I don’t know this to be true, but I believe that they might not want to know the answer. Everything we see suggests that this system is not saving money, and as a matter of fact is costing money.

I think it’s hard for an organization that invested in a hundred machines—and this concept of sorting mail on machines before giving it to a carrier to deliver on the street—they’re so bought into that concept that I don’t think they want to look at the reality. To eliminate the machines and go back to manual sorting would probably seem like an admission of failure. So I believe that they are perhaps happy in ignorance.

Folio: The OIG recommended reducing leakage as a potential remedy. What are your thoughts on that?

Cohen: I think that is a factor, but it’s certainly not the only factor. There are just fundamental flaws in the entire concept. I think the OIG is trying to give them something that perhaps they could address with less drama. Our feeling is, just do it. It’s been ten years. Just put it behind you. We don’t want to pay extra for processing that is less efficient.

Folio: Implementing technology to become more efficient is not an inherently flawed idea. Is it just that it needs to be done in a way in which the cost benefits are more readily apparent?

Cohen: I’m not saying everything should go back to being hand-processed. The AFSM machines, which they still use, could go in where the FSS machines are. So they’d still be using automation to some extent. But the carrier still delivers on the street, and trying to eliminate the carriers’ in-office work hasn’t turned out to be that beneficial.

We’ve asked the Postal Regulatory Commission (PRC) to look at this as well. They’ve just started a new study on flats cost, and we’ve recommended that they ask the Postal Service not to make any changes to the flats classes while this is ongoing. To drive out more volume would be the worst possible outcome.

Folio: What is the latest news from the commission when it comes their pricing review?

Cohen: Their ten-year review is still ongoing. It was mandated by the law, but there’s no time frame in which they need to complete it. The perception is that the commission is waiting to see what the President’s task force says. There’s going to be a hearing in a senate committee in September, and perhaps the task force’s report will be public by then. I think the commission will take that report into account, and we hope that they’ll look at the OIG report as well.

Folio: Ongoing is certainly the operative phrase there.

Cohen: It’s coming up on two years now. It started in December of 2016, so it’s likely that any rate changes that result will come in 2019. But like I said, there’s no mandated time frame. We have actually suggested that they take their time, because there are so many questions. Being cautious would be the right course of action.

Folio: Do you think it’s a realistic possibility that they would just scrap FSS entirely?

Cohen: We did put that out there in our comments. It’s not sustainable and it’s not right. What we are looking for is affordable postal prices, and affordable prices depends on efficient processing and appropriate cost. Right now we are not being priced appropriately, so we need some change, and probably a pretty dramatic one. We can’t make them do anything, but we certainly can ask the commission to look at this very carefully.

Folio: Flats mailers certainly constitute a loud voice. Is there any collective recourse for the industry beyond lobbying the PRC?

Cohen: Well, there’s the possibility of legislation. There was a bill introduced in the Senate which did have a section looking at the cost of flats mail. It hasn’t moved, but that’s another direction in which we could go.

Folio: Is there anything the industry should be doing—those who are mailers—to look out for their own interests?

Cohen: I think the industry needs to speak out. We all recognize that the Postal Service’s problems need addressing on many fronts, and their lack of efficiency is certainly one of them. I think there are a lot of people in the industry who are knowledgeable about this and I’d like for their voices to be heard.