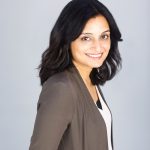 Trusted Media Brands made two executive appointments this week with the hires of Ronak Patel and Lora Gier as SVP of marketing and VP of sales, respectively.

Patel, who most recently was the VP of marketing at fintech startup Afterpay, will oversee the marketing, research and public relations departments in her new role, and will work closely with department heads, brand content teams and senior corporate management to grow revenue.

Prior to this, Patel ran the digital marketing strategy of InStyle while it was under Time Inc., eventually being elevated to the VP of client solutions, where she oversaw a creative, research and a marketing team of over 30. She also created the first VR sponsored program for Hearst while working on client solutions at Elle. 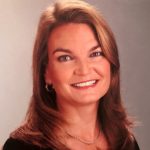 Gier is rejoining TMB and will be tasked with overseeing the Taste of Home and Reader’s Digest sales teams. She will also work closely with the executive leadership team to accelerate advertising revenue growth across these brands. Previously, she served as VP, publisher of Taste of Home from 2007 to 2011. She has also held several sales management and leadership positions at Conde Nast and Time Inc. and will be based in Trusted Media Brands’ Chicago office.

“As we continue to grow our business, leaders like Ronak and Lora will help us super-serve our marketing and advertising partners as well as move faster and more effectively to adapt, grow and get ahead of opportunities as they arise in the market,” said John Boland, SVP of sales. Both Patel and Gier will report to Boland. 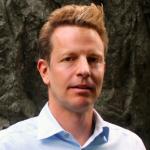 Pride Media Inc.’s Nathan Coyle is stepping down from his role as CEO just under a year after taking on the role last May. The publisher of LGBTQ+ titles Out, The Advocate, Out Traveler, Plus, CHILL and Pride, Coyle spent his short tenure hiring Conde Nast’s Phillip Picardi and Zach Stafford as editors-in-chief of Out and The Advocate, respectively, as well as doubled online traffic across the company’s digital properties and increased Q1 revenue by about 10% YOY and Q2 revenue is on track to increase by 50% YOY. The former Domino Media CEO and Refinery29 exec is leaving the publishing industry to join Ford Models as its new CEO, according to The Hollywood Reporter.

G/O Media, Inc., which owns Gizmodo, The Onion, Deadspin, Jezebel and others, tapped two senior executives this week. Tom Callahan is the new chief financial officer and Jesse Knight will take on the role of chief technology officer. Both appointments follow shortly behind the hire of Jim Spanfeller as CEO and the company’s recent acquisition.

Callahan comes from BrandLab Technologies, where he served as CFO and helped to support the media operations and manage its investment in Rolling Stone. Before this, he spent 14 years at Forbes Media. Knight previously was the CTO/CIO of Vice Media, where he helped to build the company’s publishing platform. 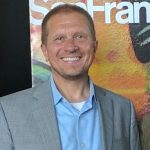 Walter Kupiec was named the market president of Modern Luxury’s San Francisco and Modern Luxury Silicon Valley magazines, effective immediately. He’s returning to the company following less than a year-long stint as executive vice president of Informa’s event subsidiary KNect365. Prior to that, Kupiec served as Modern Luxury’s director business development and strategic partnerships, before becoming the associate publisher of sales and marketing for San Francisco and Silicon Valley magazines in 2017.

Lindsay Rittenhouse is joining Ad Age as its new agency reporter. Most recently, she was a staff writer for Adweek and has previously worked for The Deal as a reporter covering high-profile bankruptcies. 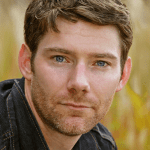 ALM made two hires this week with the appointments of Patrick Smith to the business of law desk in New York, and Alaina Lancaster to the litigation desk in San Francisco. Smith will be a reporter covering law firm business development and marketing for The American Lawyer and the company’s other publications. He most recently was a producer for Golf magazine and Golf.com. Lancaster is starting as a Litigation editor, where she will be tasked with editing the West Coast-based litigation reporters and writing about California litigation. She previously was an associate editor focused on labor legislation in the restaurant and retail industries for Winsight.

Jon Prior is joining American Banker as a Dallas-based reporter, according to Talking Biz News. He previously spent two years as a reporter for Dallas Business Journal, and before that, he was at Politico, where he covered consumer banking policy, regulatory topics, monetary policy and housing finance. 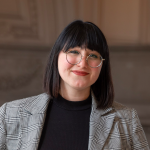 Washingtonian staff writer Brittany Shepherd is joining Yahoo News to cover the intersection of culture and politics for the 2020 election.

City Journal tapped Charles McElwee as an assistant editor this week. He formerly was a freelance writer for The American Conservative, The Atlantic and National Review Online, among others.

Kevin Donahue is joining the Philadelphia Business Journal as its new managing editor. Donahue previously spent over a decade at Rodale, serving as the senior managing editor of MensHealth.com before ending his tenure as the company’s senior director of digital operations. Prior to that, he spent six years at Philly.com where he was the director of site operations.

Kurt Wagner is joining Bloomberg’s technology team in San Francisco to cover social media after five years at Recode. Most recently, Wagner was covering Facebook, Twitter, Snapchat and other social tech companies as a senior editor. He also previously covered tech and business at Mashable and Fortune. He is succeeding Selina Wang, who recently moved into an anchor role for Bloomberg Television in Beijing.

Rachel Gogel is joining the San Francisco-headquartered design and strategy firm Godfrey Dadich Partners where she will serve as its creative director. Gogel comes from Facebook where she served as its head of creative, visual systems and led the team responsible for coordinating the brand’s in-product visual language. Before that, she was the creative director of the New York Times’ branded content studio, T Brand Studio, and the design director at GQ.