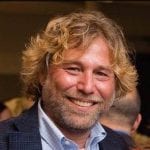 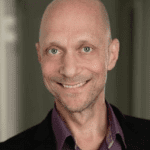 American Media, Inc., publisher of The National Enquirer, Us Weekly, and several other celebrity and fitness titles, has appointed a new top lawyer after parting ways with Cameron Stracher, who had served for nearly 12 years as the company’s general counsel, media.

Jon P. Fine, who is tapped as Stracher’s replacement, will take on the newly created role of deputy general counsel, media on AMI’s legal team and will report directly to executive VP and chief legal officer, Eric Klee.

Stracher, who had been with AMI since 2007, departs amid a federal investigation into an alleged $150,000 payment involving the National Enquirer publisher and its chairman, David Pecker, model Karen McDougal, and Michael Cohen, the former personal lawyer for Donald Trump, during the lead-up to the 2016 presidential election. Pecker is reportedly cooperating with the inquiry.

Fine most recently served as the SVP and publisher of Open Road Integrated Media, an ebook and digital media publisher, where he managed day-to-day operations of the company, while also overseeing legal and business affairs, including prepublication review, risk management, and business development. However, he has also held key legal roles at Amazon, Random House, Inc., and NBC’s “Saturday Night Live.”

Editor’s note: Cameron Stracher disputed the original headline of this story, “American Media Inc. Replaces Top Counsel Amid Federal Inquiry,” so we’ve updated it. Stracher asserts that he hired Fine, whose role will be a different one reporting to VP and general counsel Eric Klee—whereas Stracher reported directly to Pecker—and that his departure from AMI is unrelated to the inquiry into the alleged payment. 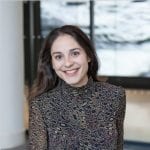 Meredith Corp. named Jacqueline Gifford the new editor-in-chief of Travel + Leisure magazine this week, effective immediately. Gifford, who has held several senior editorial positions at the title since joining in 2013 and most recently served as the travel director, is succeeding Nathan Lump who departed from the top editorial spot last month. She will report directly to Stephen Orr, VP, group editorial director.

“Jacqui’s proven record, immense talent and deep understanding of the brand make her perfectly suited to lead Travel + Leisure,” said Orr. “Beloved in the travel community, Jacqui has a unique background and passion for travel that will now inform the rich content and sophisticated perspective of this illustrious brand.” 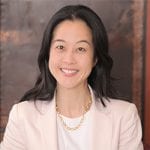 Time’s recently appointed CEO and longtime editor-in-chief, Edward Felsenthal, announced that the first hire was made in the company’s mission to grow its staff across the senior leadership, newsroom, and sales and marketing operations over the coming months. Sue Suh, who joins the company from the Rockefeller Foundation, will be taking on the new role of chief people officer and will be tasked with overseeing the recruiting and human resources department.

At the Rockefeller Foundation, Suh spent the last four years as the chief talent officer where she led recruitment and talent development across all of the philanthropy’s global offices, and before that, she served as the managing director of the foundation’s Bellagio Center programming in Italy. In addition to this, she currently serves on the boards of the Coca-Cola Scholars Foundation, the Classical Theatre of Harlem and Special Olympics Asia-Pacific.

“Sue’s energy, optimism and breadth of experience will be great assets as we build our culture, our staff and our future,” said Felsenthal in an internal memo She officially begins her new role with Time on Dec. 3. 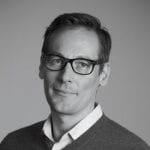 SVP of corporate communications Joseph Libonati was tapped as Condé Nast’s new chief communications officer. He is replacing Cameron Blanchard who is out from that role after three years. Libonati will oversee the development and execution of all internal and external communications strategies for the company.

For more than two decades, Libonati has worked in the communications industry, starting at Condé in 2013, but before that he served at the SVP at Rubenstein Communications, where he worked with clients such as Paramount Pictures, USA Network, and Viacom.

“As Condé Nast continues to transform into a full-fledged media company, strategic communication is vital to every aspect of our organization,” said president and CEO Bob Sauerberg in a statement. “Joe is a big part of how we are communicating that to our advertising partners, the creative community and our audiences.” 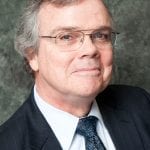 EVP of government affairs James Cregan is retiring from his position at the MPA–The Association of Magazine Media, a title that he has held since 1999. For 25 years, he litigated on behalf of MPA members in many major cases before the Postal Regulatory Commission, including the 1995 classification reform case, and the recent 2018 coalition that’s opposing the PRC’s proposed double-digit rate increases on magazines and other users of the mail. He plans to leave the company at the end of the year.

“As the magazine media industry’s biggest advocate before Congress, Jim has effected changes that will have a positive impact on our members’ bottom line for years to come. We will miss his wisdom, his ability to navigate the halls of Congress, and maybe most of all, his sense of humor,” said president and CEO Linda Thomas Brooks in a statement.

Former IDG Communications CEO Michael Friedenberg was tapped as the new president of Reuters news. He begins his new role on Dec. 3 and will report to Thomson Reuters president and CEO Jim Smith. Editorial content will remain under the oversight of editor-in-chief Stephen J. Adler, who will report to Friedenberg.

Friedenberg stepped down from IDG Communications last October after 12 years with the company where he focused on evolving the brands from a traditional publishing model to a more centralized, global business information organization that was focused on growing its data and marketing services businesses. 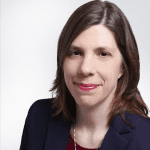 Variety has tapped its longtime editor Cynthia Littleton as its new business editor. Littleton, who most recently served as the managing editor for television, will be tasked with covering media and entertainment leaders, as well as mergers, acquisitions and earnings, in addition to continuing her current duties of reporting and editing for Variety’s TV team. In addition to her promotion, she will also continue to co-host her weekly podcast, “Strictly Business” with co-editor-in-chief Andrew Wallenstein.

Digiday’s Lucia Moses is leaving for Business Insider where she will serve as a deputy editor leading its advertising, telecommunications and media team.

David Marchese, editor of New York magazine’s culture pages and the “In Conversation”  columnist, is joining the New York Times Magazine as a Talk columnist. He will be tasked with taking over the relaunch of the expanded digital and print version of Talk, which will debut next year, and will base its format around his unique approach to interviewing. Marchese starts his new role in December. 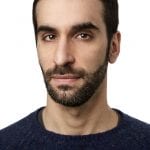 Longtime national security reporter and editor Dave Brown is joining Politico Pro as a deputy defense editor and Eleanor Mueller is joining its Legislative Compass team as a reporter from her role as web producer and copy editor.

Politico also tapped Olivia Altman as its new marketing and communications coordinator. She was most recently with PR firm Finn Partners.

The National Journal’s Zach C. Cohen, who spent four years the Hotline team, is transitioning to the Hill team to cover the Senate.