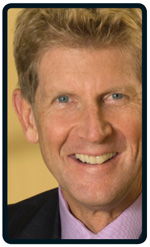 While many CEOs talk about shifting away from a dependence on print, Uphoff has overseen a dramatic transformation at UBM TechWeb.

Three YEARS AGO, United Business Media split U.S. trade publisher CMP Media into four separate businesses, led by four co-CEOs. One of those companies—UBM TechWeb—consisted of 65 percent to 70 percent of the old CMP but today is a very different company, according to CEO Tony Uphoff.

“At the time TechWeb was formed, 70 percent of our profits came from print,” says Uphoff. “Today, print is 10 percent of overall revenue and profits, although ironically we can still keep the largest magazine in the IT sector in InformationWeek.”

TechWeb came up with a foundational platform called “Curvanomics.” “This was a clever way of articulating that myopic focus on audience and driving that audience up the value curve,” says Uphoff. “Think of your audience as how many people you reach—then move them along that curve.”

Part of that approach includes making events (both live and virtual) the centerpiece and organizing other products around those assets. Nearly 50 percent of TechWeb’s live event revenue comes from paid attendees. “We could use our reach in online and other areas to drive audience to events and move them up the value curve,” says Uphoff. “The other thing is the amount of content we produce. We can capture that content digitally and move it around. If you and I were doing content planning—by setting a calendar of things we wanted to cover online, in print or digital issues—we could look at what people are paying for.”