What can publishers learn from marketers of personalized dog food, Merino wool sneakers or vegan meal subscriptions? The lesson is clear: find niche passions, eliminate middlemen and get closer to the consumer.

When the formula is right, consumers have shown they are willing to spend a good chunk of change with publishers. And across the industry, media brands such as Esquire, Road & Track, Allure and McClatchy are taking advantage. 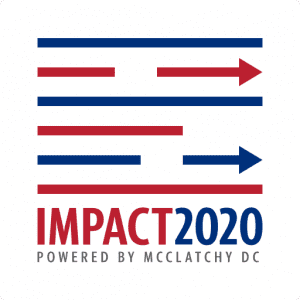 Trying to create a subscription product around the highly commoditized category of election coverage seems risky on the surface. But McClatchy’s Impact2020 package ($50 for the first year, $125 thereafter) not only offers political nerds a different take on this election journey, but that it has the tools to entice likely customers.

“The interest is at an all-time high with this cycle,” says Grant Belaire, VP of digital audience development.

By aggregating coverage from its newsrooms in over a dozen local markets and keeping the focus on key voting blocs, Impact2020 aspires to break through the copy-and-paste nature of online political news. It takes its lead from a paid Sports Pass product that has already proven successful.

“Our data has always suggested there are people who want every bit of content,” Belaire continues.

In fact, part of the model is using data to identify newspaper site visitors who are likely to subscribe to such a specialized product. “A paywall is a fantastic marketing channel, but also being able to segment paywalls,” he says.

Site tracking allows McClatchy to move beyond spray and pray marketing and sell Impact2020 to those users who are over-indexing on political coverage.

“If we see a pattern of engagement, what else can we do to bring that content to you and get you back?” adds Belaire. “We are trying to isolate the people who fall into specific niches”

Esquire’s newsroom of one

While McClatchy creates value for consumers by focusing its vast editorial resources on a specific passion, Esquire’s “Politics with Charles P. Pierce” works in exactly the opposite direction; it builds value out of selling a one-man show. For $18 a year (or $2 a month) users get a micro-subscription to one guy and his torrent of daily political insights, historical context and original reporting. The famously blunt political commentator has such a devoted following, last year Esquire teased out his coverage into a dedicated subscription that is selling itself.

According to editor-in-chief Michael Sebastian, the micro-subscription has already attracted over 10,000 paid members who were captured mainly by a metered paywall.

In some ways, the Pierce project succeeds on some old school editorial values and somewhat basic tech. The audience is attached to Pierce’s personality and prowess. It’s a following he’s been building since the 1970s.

In addition to multiple daily posts online, the subscription includes a weekend email newsletter with a lengthy, reported story from Pierce. Also included are the recently introduced conference calls with Pierce, in which he and an Esquire editor respond to a breaking political news event and real-time questions from subscribers.

“There was a burst of growth in the first three months,” says Sebastian.

Still, spikes in subscriptions tend to come from Pierce’s many viral moments. When one of his stories turns hot on social media it drives another wave of fans into the metered paywall.

Sebastian admits that hanging a micro-sub on a single writer’s output is not a scalable business model. “It’s part of the pie, not the whole pie,” he says. “Another part of Esquire is literary and non-fiction. If you only built around personalities, you wouldn’t have the diversity of storytelling.” 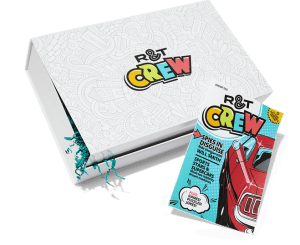 Road & Track boxes up its legacy

Far afield from the modestly priced, personality and editorial-focused Pierce model, Road & Track’s R&T Crew is a $225/year subscription box of goodies aimed at kids that happens to include a magazine. $225? That has grandparent gifting written all over it. And in fact, R&T Crew’s main marketing pitch is to the Road & Track loyalists to “Pass Along the Passion” to a next generation of auto enthusiasts.

Michelle Panzer, CMO of Hearst Autos, recalls going to a road rally where she met many readers “who spoke nostalgically of first reading Road & Track” as children. She and Hearst Autos CEO Matt Sanchez decided that “R&T for kids was a no-brainer.”

But $225 for 6 boxes a year? Well, the scale here is not content packages, but other subscription boxes.

“We are parents, and we know what it is like to deliver a box of junk.”

The value is established with both the quality and diversity of goods as well as an educational undercurrent that emphasizes STEM themes, Panzer says. Aimed at ages 6 and up, the inaugural R&T Crew box, coming next month, will include items the kids can use, wear and read, including a dedicated print magazine.

Hearst’s plan is to make a strong business case for the model by managing costs and focusing on DTC revenue. For now, the marketing plan leverages Hearst Auto’s enthusiast audience, but also “all of our magazines with strong parental and grandparental audiences,” Panzer says.

Aside from a couple of freelance writers for the dedicated magazine, Panzer said no hires were necessary because the team was eager to do it.

“This is the type of project that is just different and fun. Marketing, editorial, design—every single person raised their hand,” Panzer adds.

Perhaps most significantly, R&T Kids “purposely and strategically is launching without a sponsor,” she says. “We think it is important to have a direct and deep relationship with readers that is not dependent on sponsorship.” 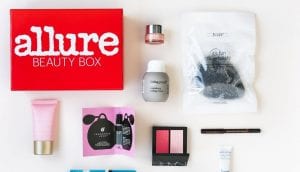 The enduring Allure of the beauty box

If the post-content model for magazine brands has a veteran, then Allure and its 7-year-old Allure Beauty Box might be it. The $15/month or $150/year subscription project started in 2012 to build loyalty and relationships with readers through their passion for sampling.

“We think of it now as a business,” says Jill Friedson, VP of marketing for Condé Nast’s Style Division.

While the Beauty Box is a full dive into the DTC e-commerce subscription model (which Friedson stresses is profitable on its own) the secret seems to be keeping its identity close to Allure’s editorial brand. The six-product monthly box is fully curated by the editors, who themselves often do video unboxings. There are no sponsored products, and there is a calendar of boxes that can overlap with magazine themes, like “Best of Beauty Awards.” And like any good magazine, “one of our goals is to always feature as many exclusives as we can,” says Friedson.

In its relatively long life, the Beauty Box has also had to contend with a perennial DTC bugbear: churn. Maintaining quality and offering regular surprises have been key to maintaining subscriber loyalty. Allure makes sure each box includes one, sometimes two full-sized products, and that the other samples are substantial sizes and represent leading retail and indie brands.

Allure also ensures that a specially themed, or “hero box” goes out every quarter. These can be exclusive collaborations or curations with a major social influencer or an exclusive product available only to subscribers.

“We have learned over the years to add in that extra pinch every three months—something no one expexcts,” Friedson says.

But one box size does not fit all. Last year, Condé Nast introduced this model to GQ. Its “Best Stuff” program is a $50 quarterly box that reaches beyond grooming products into trendy socks and tees, meditation training or even small gadgets.

While a box may not be appropriate for every editorial brand, Friedson says, it is part of the overall focus on super-serving the core.

“How do we think about the VIP consumers at every one of these brands? What does a VIP consumer get? [And] How do we deepen the relationship and get people to spend more time and money with us?”

Of course, direct relationships with consumers are not new to an industry that was grounded in subscriptions and the value of “the list” for a century. But as print reach disintegrates, advertising devolves and digital platforms disintermediate us all, publishers are thinking harder and wider about the possibilities of product development, rethinking traditional editorial models and even attaching them to e-commerce and merchandising.

Friedson sees a natural extension of the sample box to full-bore, recurring e-commerce. They already see that items in the box tend to drive a lot of affiliate revenue at the Allure site.

“We are set on a very large growth trajectory,” she says. “We are still looking to scale the core business, but one benefit is that when they test product is that you hope they will replenish it.”

Next step: sell the full-size product. And just as several competing beauty box brands are moving into physical retail, she is already asking, “what might a retail partnership look like?”

All of which is to say that the very idea of a publication brand may be evolving quickly. At Esquire, Sebastian is considering how pillars of the core brand’s coverage can be spun into discrete niche product mixes. In food and drink, they have respected author Jeff Gordinier. In this case, “They may pay for best restaurant or best bars books and events,” he muses. “What if your subscription to Esquire Food and Drink gave you access to events like tastings at bars and booze brands?”

There is also a deep rethink occurring around what a magazine is or can be. “I do think there is an unbundling of the magazine subscription,” Sebastian says. Just as iTunes detached tracks from albums, we may be seeing the general access model for paid content splinter into passion points that micro-subscriptions serve with product mixes that go far beyond text and images.