TNG, Comag Sold to AMI Backer Chatham Asset Management
The deal, which sees the largest wholesaler and national distributor to American newsstands change hands, is expected to close by Dec. 31. 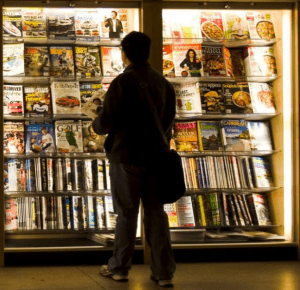 Media conglomerate Jim Pattison Group has agreed to sell magazine wholesaler The News Group (TNG) to Chatham Asset Management in a deal expected to close by the end of the year.

Chatham Asset Management—a New Jersey-based hedge fund led by managing partner Anthony Melchiorre—counts among its other investments, according to Bloomberg, a majority stake in tabloid publisher American Media Inc., which itself has built up a dominant position on American newsstands through recent acquisitions like Us Weekly, Men’s Journal, and InTouch, adding to a portfolio that includes The National Enquirer, OK!, and Star.

“This transaction allows the publishing community to have a more significant voice in the continued development of its supply chain and efforts to secure more efficient and thereby profitable newsstand results,” said Jim Pattison Group president Glen Clark in a statement. “The stakeholders most impacted by this business, now have an extraordinary opportunity to be directly involved in a critical aspect of their business and will be well positioned to ensure its consistency, efficiency and sustainability.”

The announcement added that approximately 1,500 TNG employees will make the transition to the newly formed American News Group. Excluded from the sale are TNG Merchandising, which handles retail product placement and will continue as part of Jim Pattison Group, as well as TNG’s Canadian operations.

“We are confident that aligning a leading U.S. magazine wholesaler with our valued newsstand partners will have a significant and positive impact on all our stakeholders,” added TNG President David Parry in the statement.