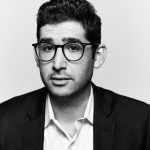 In this role, Jacobs will be tasked with overseeing editorial content across all of the brand’s platforms, as well as managing the newsroom and editorial operations from legal to bookazines. He will also work with fellow deputy editor Eben Shapiro to oversee the launches of new editorial offerings in health, business and technology, and will continue to work on special projects.

In a statement to his staff, CEO and editor-in-chief Edward Felsenthal said that over the past five years, Jacobs has “recruited and hired dozens of our journalists, overseen record growth in our global audience and played a major role in the print-digital integration that has been vital in getting us where we are today.”

The other editorial promotions this week include:

New editorial hires this week include: 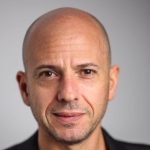 High Times Holding Corporation, which owns High Times, Dope Magazine, Culture Magazine, Green Rush Daily and the Cannabis Cup Festivals, appointed Kraig Fox as its new president and CEO. He is succeeding Adam Levin, who has held the position since 2017 and will be moving into the role of executive chairman.

Fox previously held executive positions at Live Nation, Core Media and Guggenheim Partners and in this new role, he will oversee the operations of the company’s portfolio, as well as work to expand its reach in music and Video-on-Demand. He will also help lead High Times as it works to launch a public listing of its shares later this year. 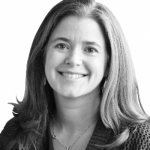 Silke Carty is succeeding Eddie Alterman, who recently moved into the newly created role of chief brand officer. Based in Ann Arbor, Mich., she will report directly to Hearst Autos CEO Matt Sanchez and will oversee both the print and digital platforms.

Hearst Autos made additional executive appointments this week with the hire of Michelle Panzer as its new chief marketing officer. In this role, Panzer will be tasked with leading all of the group’s marketing and advertising initiatives and will also report directly to Sanchez. She joins from Say Media where she served as its SVP of strategic marketing and the head of digital publishing. Previously, she served as the executive director of communications for Condé Nast.

Joining Panzer in Hearst’s New York offices is Chris Lambiase, who is returning to the company in the new role of SVP of enthusiast partnerships for Hearst Autos. Reporting to president and CRO Nick Matarazzo, Lambiase will have oversight of experiential and membership offerings and affinity programs for the auto-enthusiast audience. He comes from auto insurance company Hagerty, where he served as chief marketing officer and developed the Hagerty Driver’s Club. Before that, he spent 11 years with Rodale, ending as its SVP and publishing director, and earlier in his career, he helped to launch the joint venture between Hearst and Dow Jones called SmartMoney, where he spent a decade and rose to president and CEO. 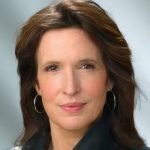 The Nation’s longtime top editor and publisher Katrina vanden Heuvel is stepping down from her role as day-to-day editor and will become editorial director, in addition to publisher, as of June 15. Current editor-at-large D.D. Guttenplan, who first started with The Nation as an intern in 1979 and took on his current title in 2015, will succeed her.

Vanden Heuvel will continue to strategize the magazine’s growth, in addition to editing certain writers and contributing commentary. Guttenplan was a lead correspondent for the magazine during the 2016 presidential race and in 2015, he co-edited The Nation’s 150th-anniversary special issue with vanden Heuvel. Beyond that, he also served as the editor-in-chief of the London-based Jewish Quarterly.

Bustle’s founding editor-in-chief, Kate Ward, announced that she is stepping down from the media company after six years. During her tenure, Bustle Digital Group’s grew to a portfolio of five brands, which now reaches a total of over 80 million monthly readers. Ward will remain with the company for a month in order to help with the transition process. Her successor has not yet been named, nor has she revealed her next career move. 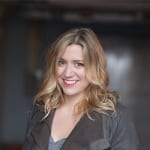 Most recently, Krizmanic served as creative director for the magazine and the content studio, where she helped to grow it from one client to 15. In this new role, she will be tasked with overseeing the content and editorial operations for Midwest Living and content marketing campaigns for the studio, and will report directly to VP and group editorial director Stephen Orr.

The Week US tapped Adam Dub as its chief sales and marketing officer, effective April 22. In this role, Dub will be responsible for leading the company’s advertising sales and marketing departments and will work to grow the magazine’s relevance, reach and revenues in the US and global markets. Previously, he served as the associate publisher of sales at Popular Mechanics, where he led his team in acquiring 55 new business accounts across seven verticals, and launched the brand’s event experience The PM Lodge. Before that, he was an executive account director at Esquire and held senior marketing positions at Men’s Health, Golf magazine and HBO. 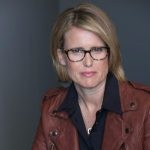 Deanna Brown was named the new president of the Billboard-Hollywood Reporter Media Group, less than a year after joining parent company Valence Media as a managing director. AS president of the group, which includes Billboard magazine,The Hollywood Reporter, SpinMedia and its music brands (Spin, Vibe and Stereogum), Brown will oversee all aspects of each, including editorial, sales, technology and growth marketing. She will report directly to the Valence co-ceos Asif Satchu and Modi Wiczyk.

Before joining Valence Media, Brown was COO and president of the digital news and pop-culture outlet TYT Network, and earlier in her career, she helped launch CondéNet for Condé Nast and held leadership roles at Entertainment Weekly and Premier Magazine.

Avenue magazine named Kristina Stewart Ward as its new editor-in-chief following the departure of former EIC Michael Gross, who left the brand last month due to “operational differences” between himself and the magazine’s new owner Charles Cohen. 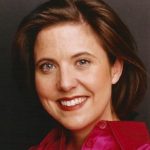 Stewart Ward, who previously served as executive editor of Harper’s Bazaar, Society editor of Vanity Fair and editor-in-chief of Hamptons, HamptonStyle and Quest magazines, will work to prepare the magazine for its September relaunch—a plan put into motion by Cohen following his acquisition of the title in December, which resulted in him laying off the entire staff.

Chris Lehmann moved from his role as a consulting editorial director at The New Republic to its full-time editor, effective immediately. Lehmann joined the magazine in February and had been serving as the editor-in-chief of The Baffler in tandem, but will now move into the role of editor-at-large for that publication. He held previous roles at Newsday, New York magazine and The Washington Post.

Nancy Miller is joining Pop-Up Magazine Productions as the new editorial director of Brand Studio, where she will work with various companies to create magazine-style features, films and experiential activations for Pop-Up Magazine and The California Sunday Magazine. Before this, Miller was the editor-in-chief of Good Magazine and was as an editor at Los Angeles Magazine, Fast Company and Wired. 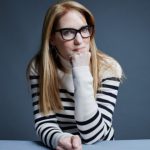 New York magazine’s the Cut named Jane Larkworthy as its new Beauty editor-at-large. In this role, she will continue her weekly column called “The Beauty of It All,” and will produce two additional beauty-related features per month, exclusively for the vertical. Prior to joining New York Media, Larkworthy was the executive beauty director of W magazine and began her career at Glamour, then Mademoiselle.

Elsewhere at New York, Dee Lockett was promoted to the role of Music editor for the Vulture vertical. She previously was an associate editor for the brand, and prior to that, served as an editorial assistant at Slate.

James McClain is joining Variety as the editor-at-large of its breaking real estate news section Variety Dirt. In this role, he will work with real estate editor Mark David to launch the new standalone site Dirt.com, which will feature real estate news and will join Penske Media Corp.’s portfolio of digital sites. McClain will report to Variety co-editor-in-chief Claudia Eller and David.

Both McClain and David have previous experience launching real estate blogs, with McClain founding Yolanda’s Little Black Book—which garnered 20 million page views in the first quarter this year—and David creating the Real Estalker in 2006. Before starting his blog in 2016, McClain had worked for real estate technology company Compass as a finance manager.

Quartz reporter Ashley Rodriguez is joining Business Insider’s media team on April 15 to cover the future of TV, according to a report by Talking Biz News. She previously reported on the businesses of Hollywood, video streaming and digital marketing for Quartz, and prior to that, she covered retail and financial marketers for Ad Age.

BuzzFeed’s manager of communications, Katie Rayford, is leaving after five years with the company to join Slate as its first director of media relations. Starting on April 22, she will report to president and CRO Charlie Kammerer.