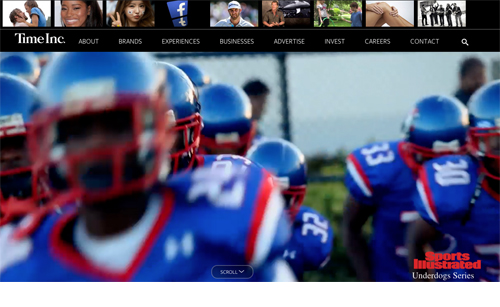 In its first quarterly report since spinning off from Time Warner, Time Inc. posted a $32 million loss for the quarter, compared to $75 million in net income in the same period last year.

Events leading up to and just after the split from Time Warner, such as the acquisition of the American Express Publishing brands, the Source Interlink Distribution payment default and a planned headquarters relocation to downtown Manhattan all had major impacts.

As it turns out, the acquisition of the American Express brands moderated Time Inc.’s numbers.

While Time Inc. reported a 2 percent revenue decline, the drop would have been 7 percent minus the acquisition and the exit from the CNNMoney.com partnership.

Total advertising revenues were up 3 percent to $461 million compared to the second quarter 2013, but again, excluding the American Express deal and the CNNMoney.com exit, revenues would have declined 3 percent.

Print advertising edged up 1 percent to $387 million, but without the Amex titles added to the mix, print advertising declined 6 percent—"driven principally by fewer advertising pages sold," says the company’s report.

On the other hand, digital advertising did much better, shooting up 12 percent to $74 million for the quarter—about 16 percent of overall ad revenue.

Circulation revenues dropped 5 percent to $258 million, which includes a $12 million hit from the wholesaler collapse. In all, the Source Interlink Distribution debacle negatively impacted revenues by $22 million.

Revenues from the newsstand dropped 13 percent, but the company says this was largely due to the wholesaler transition. Nevertheless, there were "continued declines" that were offset by a price increase on People in March, which yielded a 4 percent boost.

The company also took a $55 million hit for restructuring costs associated with headcount reductions during the first half.

Accordingly, Time Inc. adjusted its 2014 outlook. Full-year revenues are now projected to be between $3.30 billion and $3.37 billion, down slightly from an initial projection of $3.35 billion to $3.42 billion.

"We had a solid second quarter, we are making real progress, and we are executing," says Time Inc. chairman and CEO Joe Ripp in a statement. "However, we still face secular challenges, and we are in the early innings of driving change."