Is TikTok an Opportunity for Publishers?
While the platform may befuddle some users, its meteoric rise should not go unnoticed. 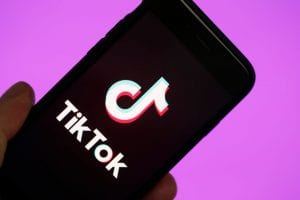 If you’re over 35, spend and hour or two on the social media sensation TikTok, and leave feeling befuddled, don’t worry. I think that is part of the point. In fact, clueless oldsters have become a sub-genre within this short-form, looped video social network.

There are clips of teens (the core user base) torturing their parents with weird questions and diatribes, parents embarrassing their kids by aspiring to become TikTok stars themselves, thirty-somethings trying to bust a move to a background soundtrack and declaring themselves too old for the platform.

In other words, part of the gestalt of TikTok is the inside joke about its basic inscrutability.

On the surface, the looped video format reminds me of the short-lived Vine. It’s filled with pranks, because apparently a lot of people still fall for the Diet-Coke-and-Mentos routine. There are also tons of magic tricks and optical illusions. And celebrities like Will Smith have taken to the platform. But the bulk of the content is a new wave form of karaoke and everyday people showing off their best dance moves—often synchronized or in response to other posts and ongoing challenges posed by the app.

It feels like a cacophony of random content—a testament to how radically the social media experience breaks from 20th Century media’s focus on polish, fluidity and coherence. Linearity is so ’80s.

But what distinguishes TikTok from most of its social media predecessors is that the randomness of the content is part of the structure and the appeal. The network is a Western version of its Chinese parent company’s wildly popular (and more rigorously censored) native product, Douyin. According to publishers who deal with the network, it is extremely well staffed, and it has a clear vision for monetization. 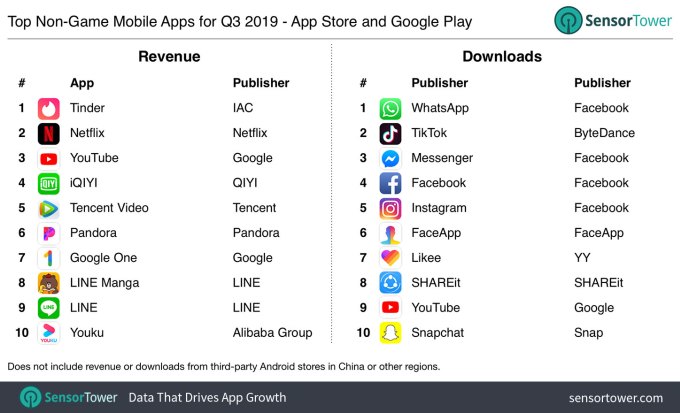 Unlike just about every other social network, there some aspects of the experience is being shaped by an editorial hand. TikTok programmers surface popular song tracks and pose karaoke and dance challenges to users. Rather than random, the experience is also powered by AI that deftly reads and feeds clips that hook people into hours of scrolling. I have to admit that TikTok addiction has not hit this 61 year-old. Perhaps the machine brain hasn’t quite tapped my lizard brain yet. Or I am just that old.

Understandably, only a handful of media companies have ventured beyond token testing on TikTok. A social network this singular and grounded in amateur creativity seems to inoculate itself from formal media interlopers. But some are trying. Self is posting some quick exercise clips. Buzzfeed’s “Tasty” brand has almost 600,000 followers off of hyperkinetic video recipes. Bauer’s J-14 has over 100,000 mainly off of reposting teens acting TikTokky.

So far as I can find, Complex Media is the breakout media brand that is working hardest at mastering whatever the hell TikTok is… or will be. Sensing my own demographic limitations, I consulted Complex’s social media director, Arman Singh Walia, who assures me that this all makes some kind of sense.

The Complex lifestyle brand maps well against what Walia considers a core differentiation for TikTok—the licensing of the music.

“It allows you to do things that we have never done before,” he says. “Now you can us the song and not get into trouble.”

And in Complex’s case, that allows for everything from music-driven clips of sneaker modding to strangely satisfying slo-mos to curating a ton of hip-hop concert clips and random acts of user creativity.

“Our approach is different from other platforms,” he says. Standard Facebook and Instagram clips don’t typically work here. You have to adapt and feed into the culture of creativity. It’s also not uncommon to see a video that already exists on the internet given a different take or life by applying background music and the platform’s available filters.

“When I started posting, I learned so much” Walia says. “You have to read the comments and engage with the audience.” And this is how Complex learned that people wanted sneaker clips, which is already a part of its DNA, and has become a big hit for them on TikTok.

When it comes to monetization, you’re already seeing interstitials and influencer endorsements in the feed, but direct partnerships with publishers still seem to be in progress. Nevertheless, Complex is already testing the e-commerce power of its feed. Discount links and promo videos for the upcoming ComplexCon event have purportedly performed well for the company.

While my old age may not let me fully appreciate TikTok’s appeal, it does provide me experience with the many social media shooting stars that preceded it. Why doesn’t this one have Periscope, Vine, Meerkat, Friendster, Yik Yak or MySpace written all over it? TikTok shares with all of these has-beens the same strength that is also its weakness: the kids love it. Kids—as any old fart like me will be happy to tell you for hours—are petri dishes of virality. But they are also both fickle and easily bored.

To be sure, TikTok has a unique décollage charm. The mash up, appropriation and re-contextualization of found media objects is very much of the post-modern moment. A logical resistance to the suffocating oppressiveness of media oversaturation is to assert personal creativity by taking control of its pieces and making them your own.

I get it. TikTok allows users to at once embrace and maintain ironic distance from the cultural zeitgeist. That alone is worth a few hours of watching the grassroots creativity this dynamic inspires.

Clearly there is something going on in TikTok that is of cultural importance. The reuse of popular culture, the proximity of people to that culture, the role of the platform in lightly shaping the content are all things which are suggestive of things to come in media.

Whether TikTok will be central to that future is anyone’s guess. But there may be important new disciplines for media companies to learn here when it comes to taking on the roles of curator, instigator and content provider. TikTok demonstrates that a next generation of media re-users are seeking a different relationship to their celebrities, their music, their media sources and to themselves as participants and spectators.

Good luck editing all that.