Tiger Oak Media Files for Chapter 11 Bankruptcy
In court filings, the regional and bridal magazine publisher reported less than $50K in assets against up to $10M in debt. 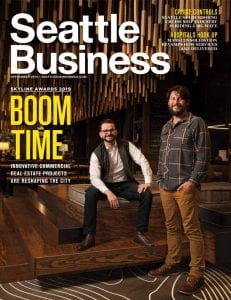 Citing mounting vendor debt and declining revenue, Tiger Oak Media—the publisher of more than 30 regional and bridal magazines around the country—has filed for Chapter 11 bankruptcy protection, according to documents filed in U.S. Bankruptcy Court in Minnesota on Monday.

The 26-year-old company, which employs 86 staffers across offices in seven states, reported less than $50,000 in assets and between $1 million and $10 million owed to more than 200 different creditors, including printers, event spaces, consultants and other vendors. A list of the 20 largest unsecured claims tops more than $3 million, though most of these are listed as disputed.

CEO Craig Bednar, who founded Tiger Oak in 1992 with the launch of Minnesota Bride magazine, said operations will carry on as usual while the company attempts to use Chapter 11 protection to restructure its debts and lower costs, and that its portfolio of titles—which also includes Seattle magazine, Seattle Business, Wisconsin Bride and California Wedding Day, among numerous others—will continue to publish both in print and online.

“Our intention is to give Tiger Oak Media a fresh start and overcome the financial concerns that have unfortunately persisted for the past couple of years,” said Bednar in a statement the company provided to Folio:.

In the statement, the company primarily blamed a decline in print advertising for the delays in past due vendor payments that led to this week’s bankruptcy petition, saying the company has spent the past two years attempting to reduce costs by shedding unprofitable titles—such as Minnesota Business, which it shuttered late last year. It says it’s already cut annual expenses by more than $1 million since 2017 and claims to have generated a net profit in 2019, following losses last year.

It isn’t just vendors that have accused Tiger Oak of failing to uphold its financial commitments. For years, the company has faced allegations of missed payments to freelancers, and comments personally attributed to Bednar have pushed back on similar claims made by anonymous purported employees on the company’s Glassdoor page. Last September, Tiger Oak’s longtime CFO, Marcel Gyswyt, exited after nearly 14 years in the role and was replaced by Bill Nelson, an outside hire, according to the mastheads of several of its magazines.

“Tiger Oak is confident all the interested parties will find common ground,” the company said in the statement. “But further operational changes and improved revenue are required. The company has demonstrated its viability and will continue to work its way through this transition.”