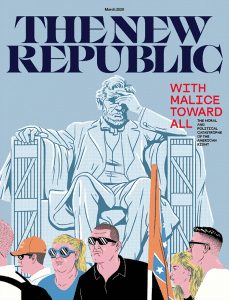 Fresh off a print and digital redesign, The New Republic formally announced a handful of new editors and writers who have joined the team in recent months. Now on the staff as deputy editors are Katie McDonough, the former senior editor at Jezebel who joined the magazine in December, and Jason Linkins, a former senior editor at ThinkProgress and founding member of HuffPost‘s D.C. bureau.

“We’ve started to stack our team with the best in their fields,” said Chris Lehmann, editor of The New Republic. “Our goal, as ever, is to bring challenging, brilliant voices to the forefront of political conversation.  In addition to our new staff writers and editors, our freshly launched podcast puts The New Republic’s voices audibly into the conversation every week so we’re in print, online, and on the airwaves.” 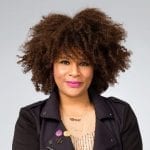 At Hearst Magazines, Cosmopolitan has hired Julee Wilson as its next beauty director, heading up beauty content across print and digital. Wilson arrives from Essence, where she spent the past four years, most recently as global beauty director. Prior to that, she was at HuffPost and Real Simple. Wilson succeeds former beauty director Carly Cardellino, who left in January after three years in that role and eight years with the magazine altogether. Wilson starts April 1, reporting to editor-in-chief Jessica Pels.

Meanwhile, reporting to Wilson will be two newly promoted deputy beauty directors, Lauren Balsamo and Chloe Metzger, with Balsamo managing day-to-day operations for print beauty content and Metzger doing the same on the digital side. Both will also write and edit across print and digital. Balsamo and Metzger were both promoted from senior beauty editor and will start their new roles immediately. 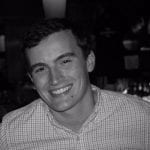 Cameron Sperance has joined Skift as a reporter covering the hospitality industry. He comes from Bisnow, where he spent the past three years as a reporter based in Boston.

Albany-based reporter Ryan Tarinelli has joined the New York Law Journal. Tarinelli moves from the Associated Press where he spent the past two years. Prior to the AP, he served as a crime reporter at the Arkansas Democrat-Gazette.

Caroline Phinney has joined The Daily Beast as newsletter product manager. Phinney was previously an audience editor at Digiday.

Business Insider hired Hugh Langley as senior tech reporter covering Google. His posts over the last six years include editor at Wareable and its sister site, The Ambient, as well as staff writer/editor at TechRadar. 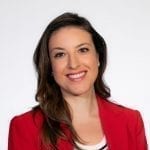 Additionally, Business Insider announced an expansion of its healthcare desk, hiring Kimberly Leonard, who moves from the Washington Examiner where she was a senior health policy reporter, and prior to that senior healthcare writer at U.S. News & World Report. At BI, she will focus on politics and policy. And Blake Dodge, who recently concluded a general assignment fellowship at Newsweek after serving as a health reporter at Bloomberg News, will focus on the convergence of healthcare and technology.

WWD reports that Harper’s Bazaar is in a holding off on naming a successor to longtime editor-in-chief Glenda Bailey, who officially stepped down from that role on March 1. In the meantime, Hearst chief content officer Kate Lewis informed staffers that fashion director Nicole Fritton and digital editorial director Joyann King will serve as “interim co-captains” of the brand for as long as employees are confined to their homes due to the COVID-19 pandemic.