How The Cut Is Redefining Itself As a Multiplatform Publisher
We talk to Stella Bugbee about how she “gets it done.” 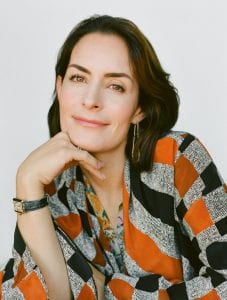 Initially launched as a fashion vertical under New York magazine in 2008, The Cut has undergone several transformations over the course of a decade.

Since then, the women’s fashion and lifestyle brand was extended to its own standalone website in 2012, integrated as a recurring six-page spread within the print edition of New York, redesigned in 2017 and most recently, deepened its revenue streams to include a monetized podcast, a t-shirt line and a series of popular events.

“We’re really different than we were two years ago,” says president and editor-in-chief Stella Bugbee. “I expect in two years we’ll be pretty different again because we’re really evolving at the rate that our audience is evolving.”

Folio: sat down with Bugbee to learn more about The Cut’s plans to continue broadening its portfolio, as well as how its leveraging some of its most engaged-with content to turn the How I Get it Done column and podcast into its first ever day-long experiential brand extension, the How I Get It Done Day. 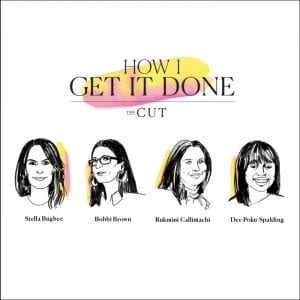 From the August 2018 How I Get It Done evening event

Folio: Do you see events as a significant growth opportunity or revenue stream for your brand?

Stella Bugbee: We’ve been having a How I Get It Done event every six to eight weeks, I’d say for over a year. And we have an evening one not too long after this one.

This is our first [day-long event] and we’ll see how it goes! I think it’s a big experiment and we’re kind of looking at it as a proof of concept and a great way to learn how to do these. I would love to do more of them—I think they’re really fun. They’re also really fun for the people who come. I get some many personal DM’s afterwards from people who came or I look on social media at what people were posting about the events and they’re so warm and lovely and happy. To me, it’s a very gratifying thing to see after the event, the way in which the event goes on.

This particular column, but really the whole site, is really all about the reader and all about their lives. Having an event gives us a nice chance to close that loop and have them meet each other and create a community.

Folio: What indicators did you see that suggested your “How I Get It Done” column could work as a full-day event?

Bugbee: During evening events, there was so much fantastic participation in the people that came and it was clear that even after the event ended, people would stick around for over an hour afterwards—like a lot of people—and it became quite social, and people exchanging information independently of us and networking and just enjoying it. It made us think there was a larger opportunity to connect people in a deeper way than what we could give them in a one-hour talk with one-hour drinks afterwards. And also the fact that the events sell out usually right away, just made us think that people want more of this.

Folio: Were you getting more engagement on the “How I Get It Done” articles and podcasts to make you think that it would be successful on an event platform as well?

Bugbee: Yeah, I think there is a lot of content and events around women in the workplace or women CEOs or empowerment and feminism, but there are certainly more personal and intimate ways of addressing some of those very pervasive topics for women than conferences and columns. In the beginning, we conceived a column that wasn’t just like “how to win at work,” or “how to be a boss lady.” It was more interested in the nuances of what women do in their everyday lives and how different people manage those lives. People are inherently interested in each other’s lives and they’re curious about how other women balance things. So that was sort of the interest behind the column, which became pretty popular right away. I think because it didn’t offer exactly the same advice about women and work that readers are used to hearing.

Folio: You’ve been with The Cut for a while now. How do you think your style as an editor has helped to shape The Cut? 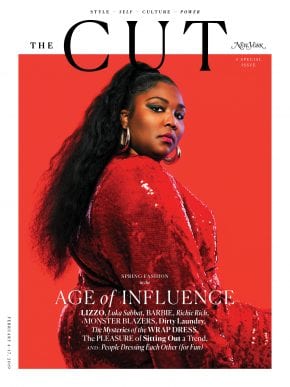 Bugbee: I came on full time in 2012, but I started working on The Cut in 2011. I have a print legacy background, so I bring a lot of the expectations from that world, but I marry that sensibility with the pleasure and immediacy of the internet and I think that when I started online, there weren’t that many people from print coming online and diving in with the same curiousness and ferocity that we took this on with. I think that that helps us.

And I think that sensibility-wise, I bring a bit of irreverence and a sense of playful humor. We’re also constantly evolving—we’re really different than we were two years ago. I expect in two years we’ll be pretty different again because we’re really evolving at the rate that our audience is evolving.

Folio: What’s your vision for The Cut in print?

I’m closing the second issue of The Cut in print right now. We did a fashion issue in September in print and it was a [flip cover] issue with Tessa Thompson on the cover. It’s 50 pages of edit, I think. The first one was tied to fall fashion and this one is tied to spring fashion. Basically twice a year we have a Cut-in-print situation, which took over where the [New York magazine] fashion issue used to be.

I can definitely see it continuing to be an appendage print version of the magazine, or its own magazine. There are no plans for that, but it definitely wouldn’t feel strange, it would feel fine.

Folio: I know it’s only been a few weeks since the paywall was implemented, but have you noticed any impact on your readership at all yet? Are you planning on changing your editorial strategy at all in response to it?

Bugbee: No, traffic hasn’t gone down or anything. I think we’re in the phase of learning what the paywall means and what works and what we need to do. This is a year about learning about that. We’re not planning any editorial changes at the moment.

Folio: How are you adapting to your readers’ changing content consumption habits?

Bugbee: Everybody has experienced the Facebook situation—the winds of Facebook. I would say every six months it’s a whole new game. Diversification of distribution platforms is key. We don’t rely on any single one. We grew 78 percent last year [according to] Comscore and I think that that was a result of diversifying our audience distribution.

We saw a lot of growth on social, we did a lot of content, we worked on SEO, we made a concerted effort to grow on Snapchat Discover. We had a good year. There wasn’t one single thing, but a whole series of things.

Folio: What other growth opportunities are you eyeing?

Bugbee: We just launched a podcast and that’s doing great. I can see doing more of those. I can definitely see doing more events. The t-shirts—that’s been a great revenue source this past year. That’s a fun little brand extension.

Folio: To finish off, will all of the things going on at The Cut including building these new events and brand extensions, how do YOU get it done?

Bugbee: Oh my goodness, I work all the time! That’s how I get it done.