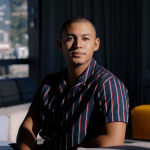 The Advocate announced that Zach Stafford will be its new editor-in-chief. Stafford is joining the country’s oldest LGBTQ magazine, which launched in 1967 as a newsletter, from Grindr, where he served as chief content officer of the LGBTQ-focused social networking platform, and it’s digital magazine, Into, where he served as the founding editor-in-chief since its launch in August 2017. He begins his new role at the end of January.

Prior to his work at Grindr, Stafford spent a year as the editor-at-large of Out Magazine, and before that, spent over two years at the Guardian US, where he served as a contributing writer, focused on writing features, news and an opinion column.

In his final letter from the editor for Into, Stafford wrote about the growth that the magazine saw in its first year and said, “As I leave to join The Advocate, a magazine that literally paved the way for Into and so many others, I am a bit overwhelmed as I look back at all that we’ve accomplished, but look forward to what’s in store next for Grindr and Into. And most of all: I can now say I’ve never been so happy I said ‘yes’ to something in my entire life.” 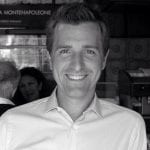 Former international editor-at-large and creative director of Vanity Fair Italia, Devin Pedzwater, has joined Goop as its first formally appointed creative director. Taking creative control of the media company from CEO and founder Gwyneth Paltrow, Pedzwater will be tasked with overseeing Goop‘s visual and brand identity, spanning content to experiential to product packaging, according to a report from WWD.

Pedzwater, who has held creative leadership roles at magazines and media brands for over two decades, wrote in a statement that “even though it’s only a decade old, Goop’s creative identity is akin to a legacy brand: it’s visceral, aspirational and elegant. I’m excited to help protect and build upon that as we enter the next phase of the business.”

Most recently, he served as the creative director at marketing, communications and entertainment firm Kovert Creative, and prior to that, he spent five-and-a-half years with Condé Nast International at Vanity Fair Italia, where he helped to lead a redesign. For eight years, Pedzwater was at Spin Media, starting as the art director of Spin Magazine in 2004, and ending as the company’s brand creative director through 2012, where he reconstructed all of the digital platforms and social channels for the music media publisher. He also served in various creative roles at Rolling Stone, Sports Illustrated and Condé Nast Traveler.

This appointment follows the recent parting of Goop from Condé Nast, where the magazine was launched as a quarterly in fall 2017, over the summer before the third issue of Goop magazine was released. 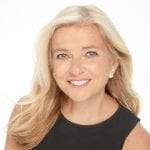 Former Condé Nast EVP and general manager of digital video, Joy Marcus, was appointed to the board of directors for AnyClip, a video content data provider for publishers. As a board member, Marcus will advise the company on product launches, team management, and developing publisher partnerships, as well as work to expand the reach of the company’s contextual video content platform, LuminousX.

“AnyClip’s technology addresses some of the most significant issues in the digital media industry in a unique and comprehensive way,” said Marcus in a statement. “I’m looking forward to helping the company leverage this technology to increase engagement with video content for publishers and advertisers.” 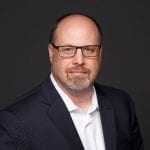 VP of engineering at National Geographic, Paul Gartner, was tapped as the new chief technology officer and EVP of engineering for Remedy Health Media, which publishes HealthCentral, TheBody, and Healthcommunities, among other titles. In his new role, Gartner will be tasked with defining the company’s vision and strategy for technology across its digital brands and its software applications, as well as leading a team of digital project engineers and strategists to expand the company’s portfolio of digital products.

Gartner has over 25 years of experience in the technology field, and most recently worked to lead National Geographic in creating a new cloud infrastructure, web support and digital asset-management technology teams.

Cindy Suffa was promoted to publisher of Idaho Business Review. Suffa, who is now tasked with overseeing the company’s operations and growth, was hired by IBR in 2004 as an account executive. After five years in that position, she spent time at other Boise-based companies, and then rejoined IBR in 2010 as an advertising director, before being promoted to associate publisher in 2016.

“I am proud to lead a team of talented professionals,” Suffa said in a statement. “Our subscribers, advertisers and partners will be excited to see changes unfold in the new year, including expanded news coverage in health care and technology, restructured newsletters, a redesign of the weekly print newspaper and robust digital marketing offerings for our advertisers.” 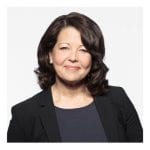 Politico’s Lorraine Woellert moved from her post as a reporter on the White House team to become the new Florida editor, where she will be tasked with leading policy coverage, as well as leading coverage of the appointment of the new governor and the impact of the swing state in the 2020 election. She will remain based in Rosslyn, Va., but will work closely with the Florida team, based in both Tallahassee and Miami.

Woellert has been with Politico since February of this year, and prior to that was with real estate company Redfin, where she served as the senior managing editor for research. Woellert has also held editorial roles at Bloomberg, Businessweek and The Washington Times.