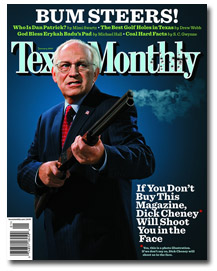 The City and Regional Magazine Association award nominations are out, and Texas Monthly leads the pack of nominees for the annual competition.

The 23rd annual contest is being coordinated by the University of Missouri School of Journalism on behalf of CRMA, as it has been for the past 12 years.

Winners will be announced in Memphis, Tennessee at CRMA’s 32nd annual conference, slated for May 31 to June 2.