Ta-Nehisi Coates Departs The Atlantic After a Decade | People on the Move
Vanity Fair has a new batch of cuts, Foreign Policy magazine made several hires, and other people on the move. 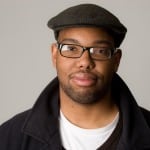 Ta-Nehisi Coates announced that he is leaving The Atlantic without any plans to join another publication. Coates spent a decade with the brand and most recently held the title of national correspondent.

Known for his books, “We Were Eight Years in Power,” “Between the World and Me,” and others, a note to The Atlantic staff from editor-in-chief Jeffrey Goldberg, which was reported by Erik Wemple’s blog on The Washington Post, says that Coates is leaving due to the last few years having been a period of significant changes for him and he wants to “take some time to reflect on these changes, and to figure out the best path forward, both as a person and as a writer.”

Lena Felton and Sydney Simon are also leaving The Atlantic. After completing a politics editorial fellowship with the brand, Felton is joining The Washington Post’s women-focused newspaper, The Lily, as a multiplatform editor. She will be responsible for producing daily stories, manage social channels and will contribute to the brand’s newsletter, Lily Lines.

Simon started as a media and communications specialist at the German Marshall Fund this week. She most recently held the title of senior communications manager at The Atlantic. 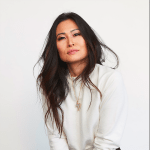 Vanity Fair made another recent batch of cuts to its staff this week. Beauty director SunHee Grinnell is out after a decade in her role and nearly 30 years at the magazine. As beauty director, Grinnell worked to expand the brand’s beauty coverage both in print and online and contributed to other articles. The photography research department was also cut, however the names of those staffers were not announced. Additionally, fashion editor Ryan Young is reportedly out.

Storyful tapped former WNBC VP, digital Ben Berkowitz as its new editor-in-chief. Starting in August, Berkowitz will take over the responsibilities for the company’s global editorial operation and will lead new initiatives. Tasked with driving long-term strategies, he will also maintain day-to-day oversight of all newsrooms, including the offices in Dublin, New York, London, Hong Kong and Sydney. 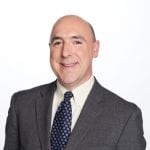 “Now is the perfect time for us to bring in an editor with Ben’s pedigree,” said chief executive Sharb Farjami in a statement. “Social media is more complex than it has ever been and more vital to newsrooms. With Ben at the helm, we’ll help partners meet the challenges of this environment, go deeper in their reporting and cover the most important stories in the world.”

Senior editor at Condé Nast’s in-house creative agency, 23 Stories, Katherine Stoeffel is leaving the brand for ELLE.com where she will take on the role of features editor. Stoeffel has a background in both editorial and creative agency, and prior to working at 23 Stories, she worked for The Cut as an associate editor covering politics, reproductive health and culture, and for BuzzFeed News as deputy editor of ideas. 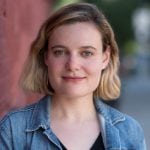 Esquire.com tapped Joanna Rothkopf as its new deputy editor. Most recently, she served as senior editor, writer and on-camera host at Jezebel, and has had her work appear in in The New York Times Magazine, Salon and The Atlantic.

Foreign Policy magazine has made three hires this week including the appointment of The Hill’s Diana Marrero to VP of strategic development. Susan Sadigova is taking on the role of director of strategic development from her former position as executive director at the U.S.-Azerbaijan Chamber of Commerce. And Caitlin Thompson is joining the publication as media and marketing associate from her role as public policy and communications associate at Wickr.

TVGuide.com tapped Jimmy Jellinek as its editor-in-chief and Noelene Clark as its managing editor this week. Based out of the Los Angeles office, both Jellinek and Clark will be tasked with driving the editorial vision for the site and creating a fan-oriented experience by providing recommendations and content specific to readers’ interests.

Jellinek joins the site from W8 Media where he most recently served as chief creative officer. He has prior experiences as an editor-in-chief and has held the title at Maxim and Stuff Magazine, and served as the founding EIC at Complex Magazine. Clark comes from Entertainment Weekly where she served as deputy news director and assisted in running EW.com’s newsroom while managing a team of writers and editors in both New York and Los Angeles. Prior, she was a senior producer at the Los Angeles Times and oversaw the entertainment site Hero Complex. 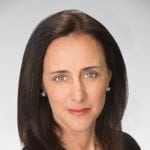 Heilman joins HBR Press from Carpedea, a publishing consultancy, where she served as managing director for two years. Prior to that, she co-founded Bibliomotion, a publishing house, and brings to her new position over 25 years of experience in the publishing industry.

VP, publishing & operations Michelle Kempner is leaving BuzzFeed for Facebook where she will join the product marketing team and focus on video products that foster community and enhancing Facebook’s commitment to creators. Kempner joined BuzzFeed in 2014 and was promoted to publisher of the Motion Pictures Group in 2015 where she oversaw operations and growth for the studio. Kempner’s former role is not expected to be filled.

Group Nine appointed Rachel Baumgarten as its first EVP of marketing. Baumgarten will be tasked with marketing the brands Thrillist, NowThis, Seeker, and The Dodo to advertisers and will work to build more connections with its ad partners. She joins Group Nine from Omnicom Media Group’s The Content Collective where she served as managing director and was in charge of leading the New York office’s portfolio of clients.