T Magazine Gets Heat From Readers On Lack of Diversity
Readers push back on "overwhelmingly white" issue.

The New York Times’ style magazine, T, was reintroduced to readers this Sunday with a new look and feel. It has been redesigned, and its newly tapped editor from The Wall Street Journal, Deborah Needleman, has already gotten some feedback from readers, though not in a good way.

Several readers contacted the Times saying they were disappointed at the lack of diversity among the pages of the new magazine. The publication itself conceded this fact:

“(M)any readers found one aspect of the magazine disturbing – its lack of people of color. Indeed, there could be no argument; it was overwhelmingly white,” wrote the Times’ public editor, Margaret Sullivan, in a post online. One reader commented that she in fact saw “only one African-American and one Asian-American among the thousands of models in the ads.” She added, “T doesn’t look like my neighborhood or America.”

Is this really a surprise? No. Especially considering what the fashion landscape looks like: According to Jezebel, the models included at shows during the Fall 13’ fashion week events are getting whiter, making up about 82.7 percent of all models. Asian models were the second most represented group with 9.1 percent, black models at 6 percent and Latina models with a mere 2 percent. 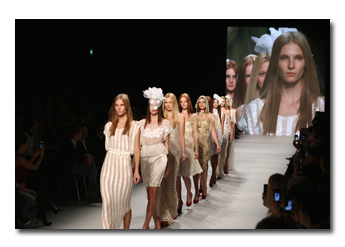 ashion and magazines clearly intersect in a variety of ways—fashion pubs not only cover all the happenings at fashion week, but also include the designer’s clothes, and models, in their advertisements. A lack of diversity in represented ethnic and racial backgrounds could eventually hurt publishers in a serious way.

Publishers are struggling at the newsstand, as the latest numbers from the Alliance of Audited Media shows. By having the majority of photo subjects in the pages of a magazine be Caucasian, the magazine industry, and specifically women’s magazines, are already hurting their soon to be newly defined base.

The Census Bureau says the Hispanic population will more than double, from 53.3 million in 2012 to 128.8 million in 2060. Consequently, by the end of the period, nearly one in three U.S. residents will be Hispanic, up from about one in six today.

The Asian population is projected to more than double, from 15.9 million in 2012 to 34.4 million in 2060, with its share of the nation’s total population climbing from 5.1 percent to 8.2 percent in the same period. 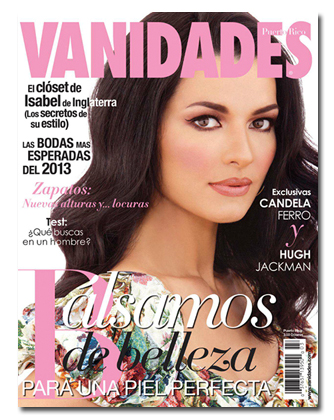 If magazine-media is supposed to be one of the most cutting edge and dynamic industries, why is there a serious lag in even playing to a changing audience? My advice to T and to you would be to learn your new audience, and learn it quick.