The National Geographic Society announced a large structural reorganization of the nonprofit’s media operations April 30 that broadened roles for three veteran executives and newcomer Susan Goldberg who has been promoted as the first female editor-in-chief of National Geographic Magazine. 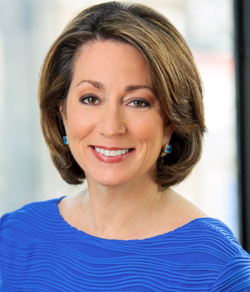 In its 90-year history, National Geographic has had only nine previous editors-in-chief. Goldberg, now the tenth, has had a fast rise to the top position as she was only recently hired as the executive editor of news and features for the magazine in January.

Goldberg previously worked at Bloomberg News as executive editor of federal, state and local government coverage and prior was the top editor at Cleveland’s The Plain Dealer and the San Jose Mercury News.

“Susan has incredible drive and vision, which makes her a wonderful choice to lead the magazine and daily news through their next iterations,” says Goldberg-predecessor Chris Johns, who will now serve the company in the newly created role of chief content officer.

Johns’ transition to his new position is coupled with moves for Declan Moore, who makes the shift to chief media officer for the National Geographic Society, and National Geographic Television president Brooke Runnette who expands his duties to include overseeing all video, television and film production for the Society.

“Our efforts need to be organized around our purpose, not our platform,” says CEO and president Gary Knell in his announcement of the 126-year-old society’s restructuring. “Aligning our media teams so that they share a common vision and can bring their expertise to bear across the organization will enable us to seamlessly tell stories to—and share experiences with—our global audience wherever they find us.”