Sunset EIC Is Out, Replaced By Matt Bean | People on the Move
Hearst and Meredith each make a series of moves, the CEO of Emerald Expositions resigns, and more. 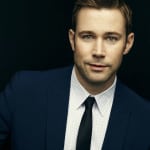 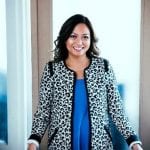 Sunset editor-in-chief Irene Edwards is out and former EIC of Men’s Health and Entertainment Weekly, Matt Bean, is taking over.

Edwards, who returned to Sunset in 2015 after serving as the executive editor of Lonny Magazine and special projects editor at Travel + Leisure, previously held the role of executive editor, and served as a key figure in Time Inc.’s sale of the title to private equity firm Regent at the end of 2017.

The New York Post reported that Edwards, who shared her departure from the magazine on Instagram, had left her post “several weeks” prior to the announcement, however she has not yet announced her next move.

Bean, who most recently spent just over a year at Men’s Health until getting dismissed during Hearst’s Rodale acquisition at the start of the year, said in a post on Instagram, “I’ve particularly loved the most recent version of Sunset helmed by [Edwards] and her crew, some of whom I’ll be thrilled to work with in the days ahead. But the brand’s legacy and incredible precedent set a mark as towering and broad as the land and people featured in its pages and pixels. I can only hope that charge will help to inspire our next chapter.” 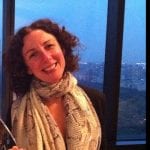 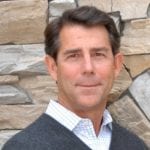 David Loechner announced his resignation as the president, CEO, and board member of the b2b trade show producer Emerald Expositions, effective on Nov. 8. Philip Evans, CFO of the company since 2013, will fill in as the interim president and CEO until a permanent appointment is made. While Loechner will not serve as the leader of the company after next week, he will remain on as an employee of the company through the end of the year and work with Evans and the leadership team in order to assist in a smooth transition. He had been with the company for 35 years.

Meredith Corp. announced several organizational changes at its senior publishing level, all of which are effective immediately:

Elsewhere at Meredith, Fortune added two new staffers this week. Alison Klooster is joining from Viking and Penguin Books to take on the role of senior manager of brand communications and will be tasked with expanding the magazine’s content across all of its platforms. McKenna Moore also joined full-time as an assistant audience engagement editor following a web production internship with the magazine.

New York Media tapped David Spiegel as its new head of sales. Spiegel will be tasked with working across the company’s brands to lead advertising and event-sponsorship sales, as well as focus on strategic partnerships and programming. He joins the company from Inverse, where he served as chief revenue officer. 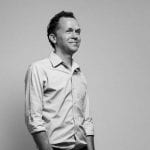 Ad Age executive editor Nat Ives is leaving the b2b publication for The Wall Street Journal where he will serve as the editor of its marketing and media newsletter, CMO Today. Ives joined Ad Age in 2005 as a publishing reporter and prior to that, was at the New York Times where he covered the media and advertising industries.

Richard Kim is joining HuffPost at the start of 2019 as its new director of enterprise. He most recently was the executive editor of the Nation and in his new role, he will be responsible for overseeing enterprise editors and reporters, as well as the personal and opinions section.

C&EN and C&EN BrandLab announced a series of hires and promotions, including the promotion of Stephanie Holland from director of advertising sales and marketing to director of global advertising sales and partnerships. Sondra Hadden was also recently promoted from senior marketing and content strategy manager to manager, C&EN audience development. 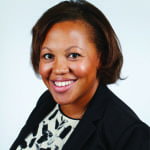 Tori Villodas and Rose Stangel are joining the C&EN and C&EN BrandLab teams, respectively. Villodas, who most recently held the title of senior digital marketing analyst at SHL, is taking on the role of audience development marketing manager, and Stangel is joining as an account and marketing manager from Discovery Inc where she served as engineering project coordinator.

At SB Nation, managing editor Brian Floyd announced that this was his last week with the brand. “Not sure what’s next yet,” he said in a tweet, however SB Nation tapped Chris Greenberg as Floyd’s successor, promoting him from deputy editor. Whitney Medworth was made the new deputy engagement editor from assistant NBA editor, and Dayana Sarkisova was promoted to deputy editor, NFL from deputy engagement editor.

The Atlantic promoted Don Peck from deputy editor to top print editor and Denise Wills will take over his former role. Peck, who has been with the magazine since 2001, served as deputy editor since 2013 and Wills most recently held the title of features editor. Both promotions are effective immediately. 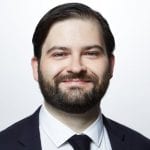 The editor-in-chief of Recode, Dan Frommer, announced that he is leaving the tech news site. This move follows shortly after the announcement that Recode will fold into the general news site Vox.com in 2019. Frommer had served as the EIC since Feb. 2016 and before that, was a tech editor at Quartz.

Wonderlust added Philippe Guelton to its board of advisors this week. Guelton most recently served as the CEO of SheKnows Media and before that, was the president of Thrillist Media Group.

Jeremiah Jensen is joining D CEO magazine from HousingWire where he served as a reporter covering the multi-housing sector on a national basis. At D CEO, Jensen will continue to cover real estate for magazine’s commercial real estate news site.

Kaitlyn Burton is leaving her post as legislative reporter and newsletter writer at Politico to join Law360 as a general assignment reporter.

The former editor of The Village Voice, Jorge Arangure, is joining the New York Times’ Metro as an editor of the night desk and will be tasked with the relaunch of the New York Today newsletter.