Older Americans are staking claim to a piece of the social media pie.

A new study from the Pew Research Center’s Internet & American Life Project claims 72 percent of online U.S. adults use social networking sites, up from 67 percent a year ago.  When the study began in February 2005, only 8 percent of adult online users said they were active on social media. 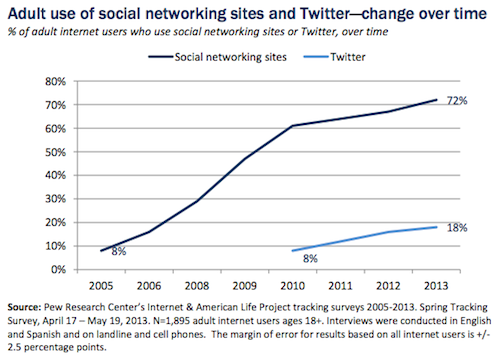 The social media adoption rate for online users aged 65 and over has steadily increased over the last four years tripling to 43 percent today from only 13 percent in spring 2009. 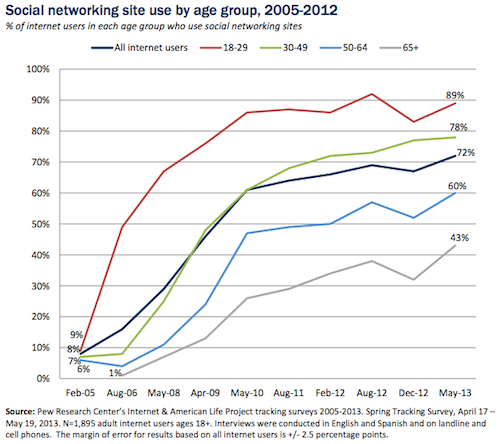 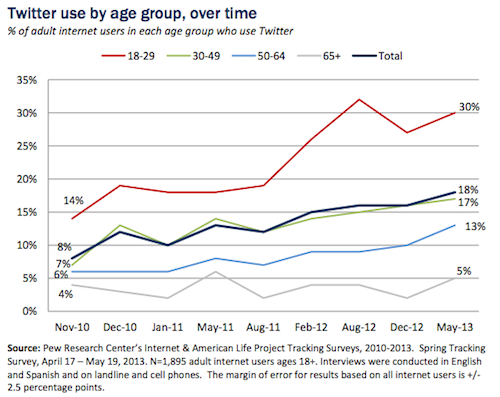