Staffers at California Sunday and Pop-Up Magazines Are Unionizing
In a statement, editor-in-chief Doug McGray says management has "no objection" to the move. 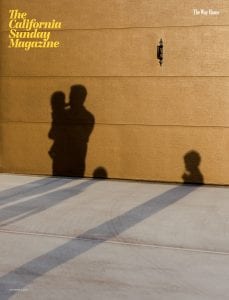 Staffers at Pop-Up Magazine Productions, parent company of The California Sunday Magazine and the touring “live magazine” show Pop-Up Magazine, are forming a union, and they appear to have their employer’s support in doing so.

An announcement issued on Monday says employees will be organizing with the Media Guild of the West, a local of NewsGuild-CWA, which represents similar bargaining units at The Daily Beast, Fortune, New York magazine, The New Yorker and Wired, among other publications.

Seeking better job security, guaranteed fair compensation, increased diversity, transparency and “clear pathways for career development,” the Pop-Up/California Sunday Guild, which says it represents an “overwhelming majority” of the company’s more than 30 non-management staffers, is calling on both its management and its owner, Emerson Collective, to voluntarily recognize the unit so that “an amicable collective-bargaining process” can proceed.

In a statement emailed to Folio:, Doug McGray, editor-in-chief of both Pop-Up and California Sunday, signaled support for the union drive, albeit with some conditions.

“We’re so grateful for our coworkers at Pop-Up Magazine and California Sunday and have no objection if they want to form or join a union, so long as the decision represents a majority of our colleagues in an appropriate group,” McGray tells Folio:.

Organizers said the announcement comes after about a year of planning, but that the effects of the COVID-19 pandemic made the need to unionize all the more pressing given the cloud of uncertainty that’s been cast over the media industry.

“To date, we haven’t seen furloughs, layoffs, or other direct cuts,” a rep for the Pop-Up/California Sunday Guild tells Folio:. “Given the dire economic picture at large we want to have a seat at the table for any coming changes at our company.”

Unlike some other publications whose staffers have organized with NewsGuild, the Pop-Up/California Sunday Guild evidently extends beyond just writers and editors, seeking to protect staffers in various departments, including sales and production.

Following the announcement, a number of staffers at both brands voiced support for the union push on social media.

“I’m so proud of the work we do at California Sunday and Pop-Up Magazine, and so grateful to work alongside my colleagues, who are the most brilliant, talented, hard working, and kind people I’ve ever met,” tweeted California Sunday associate editor Joy Shan. “That’s why I’m thrilled to stand with @popupguild.”