The Inside Story Behind SouthComm’s Rapid-Fire Breakup
Former CEO Blair Johnson on how the b2b and alt-weekly giant liquidated itself through eight deals in eight months. 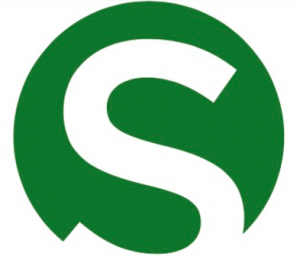 “The single hardest thing to do in business is to make a deal, whether you’re buying or selling.”

Former SouthComm, Inc. COO Blair Johnson knew the magnitude of the task before him when, in November 2017, the company’s equity backer Solidus ousted CEO Chris Ferrell and indicated its desire to exit the publishing business within eight months.

“At that time, Solidus had decided they wanted to liquidate their position and get out of SouthComm,” Johnson tells Folio:. “[Managing partner] Vic Gatto and the board made a decision that we needed to do it, and do it quickly, and that Chris was probably not the right person to do it. He likes to buy and build, and it’s a different strategy when you have to liquidate.”

And so Solidus handed the company reins to Johnson—who took over as CEO—and CFO Bob Mahoney, and the pair immediately began the process of selling off a company that comprised alt-weeklies serving five different cities, a robust b2b media business, and hundreds of employees, among other assets.

In a b2b-media space characterized by frequent mergers and acquisitions, the circumstances may have felt a bit like déjà vu all over again for Johnson, who had arrived at SouthComm from Cygnus Business Media in 2015 after four years helping transition that company from bankruptcy to breakup.

“We essentially had eight different entities that we had to find a new home for,” Johnson continues. “Clearly, the biggest of these was the b2b assets from legacy Cygnus.”

The relative strength of SouthComm’s b2b business compared to the alt-weeklies—which operate in a notoriously difficult business environment—was likely to make it an easier asset to divest, but the timing was complicated by the b2b unit’s entrenchment in SouthComm’s overall corporate structure.

“The b2b was clearly the largest and most profitable component,” explains Johnson. “If that went first, the economic realities would have been much different, because the bulk of the shared services reside on the P&L of the b2b group.”

But the unit’s size also necessitated an inherently extended sale process, essentially providing Johnson and Mahoney with a hard deadline under which to complete all eight divestments.

On the alt-weekly side, where SouthComm’s assets included papers like the Nashville Scene and Washington City Paper, Johnson says the brands’ publishers themselves were a useful source for identifying potential buyers in each local market.

The days of nationwide alt-weekly conglomerates like Village Voice Media are all but over, and unlike the b2b side of SouthComm, where Johnson says maximizing the value of the whole meant selling all of the disparate media brands to a single buyer, the alt-weeklies needed local buyers who recognized the critical role played by locally-sourced journalism.

“These are buyers who believe in the importance of journalism, as opposed to just the corporate aspect of it,” Johnson says. “For the Nashville buyers and the D.C. buyers, for example, this is their first foray into media, but they believe that it’s important to have that voice out there.”

Leveraging publishers at the brand-level and involving them in the sale process had the added benefit of maintaining trust and morale within the company by assuring staffers that the company had the best possible future for their brands (and jobs) at heart, given the extenuating circumstances around the expedited sale process.

“The biggest asset in all of these companies is the people,” Johnson adds. “If you’re trying to find a new home for them, they need to believe that you’re working on their behalf. At the end of the day, we knew we’d be successful if the vast majority of the people kept their jobs and end up with new owners who believe in what they are doing.”

Johnson says the executive team aimed to remain transparent from the start, informing staffers of Solidus’ intent to exit the business and the goal of finding as good a home as possible for each business unit within the allotted timeframe.

VP’s and publishers were asked to pass the messaging along to their staffs, but Johnson says the company also held town halls during which employees could raise questions or concerns directly.

“This way we weren’t putting publishers in a difficult position, wondering about what could or couldn’t be shared with staffers.”

It was easier on the b2b side, Johnson says, where most employees had been in their roles for some time and had weathered ownership changes in the past. Staffers at the alt-weeklies, by and large, weren’t as familiar with such a process, so maintaining a level of trust was critical. 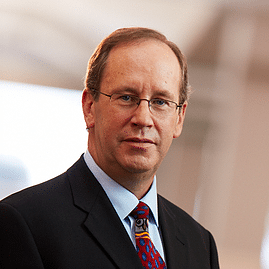 And it was trust and transparency, Johnson adds, that allowed SouthComm to complete all eight divestments in time, culminating in the May sale of the company’s Nashville-based titles—the penultimate piece of the puzzle prior to the b2b unit’s sale to Ferrell and Endeavor Business Media.

Three of the alt-weeklies—Kansas City’s The Pitch, Cincinnati’s CityBeat, and Creative Loafing Tampa—were sold to buyers who had prior experience in the local publishing space.

“For me, it makes it easier because they’re a knowledgeable buyer. They understand the business,” Johnson explains. “You still have to be transparent, but it makes for a much quicker conversation. They understand the magnitude of the pros and cons and they can make a much faster assessment.”

In Johnson’s view, the most difficult part of any sale is establishing trust—a mutual realization one side isn’t attempting to cheat the other, but that both parties’ goals are aligned: to find the best owner for the property moving forward.

“Once you can get comfortable and set aside any feeling of playing games, then you can move much quicker into getting the deals done. At the end of the day, neither side is going to get 100-percent of what they want, but that means it’s a good deal.”

By the end of June, all of SouthComm’s assets had been fully divested, and none of its b2b or alt-weekly brands were shuttered. And while several of them experienced some degree of cutbacks in the form of layoffs or salary reductions either immediately before or after being sold, Johnson feels satisfied that SouthComm found the best possible homes for its properties under the given set of circumstances.

“If you talk to the people who work for those brands, I think they would say that they’re probably in good homes,” he says. “I know Nashville definitely feels that way, and Cincinnati and Tampa, too. I believe they all have as good a home as we could get them, and I think they have a chance to continue their missions.”