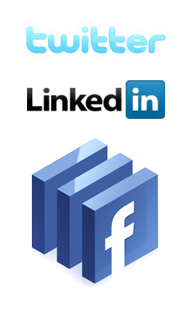 What I found least interesting about the results is that consumers are more likely to trust content on media sites (72 percent) than from portal channels (60 percent). What was most interesting is that, despite all the hype around social media right now, only 23 percent indicated that they trust content from social media environments. Consumers who recall purchasing products from a site’s advertisers are significantly more likely to do so from media sites (8 percent) than portal channels (5 percent) or social media (3 percent).

Meanwhile, a new report from the Nielsen Company says the popularity of social media “is undeniable,” with users spending nearly a quarter of their time online on social networks and blog sites.

So, publishers the industry over are rushing to social media platforms to engage their users in the environments they now reportedly spend one out of every four minutes in, but those users still don’t trust the content/advertising they find in those environments. Awesome.

I passed the OPA report along to Junta42 founder Joe Pulizzi to get his take on the report. What he found even more interesting than the reported lack of trust/response to social media sites was the study’s omission of the corporate brand environment. I think he has a point. The buzz I’ve heard is that users are increasingly turning to brand sites directly instead of media sites.

Pulizzi says that trend of users going directly to a brand’s site instead of media outlets will continue to grow as more content is created by those brands. “Brands are developing sophisticated content strategies to take advantage of not only search, but lead generation programs and social media as well,” he says. “Social media doesn’t work very well without good, consistent content.”