‘Small Percentage’ of Newsweek Staffers to be Laid Off
Job eliminations to take effect when Harman takes over next month. 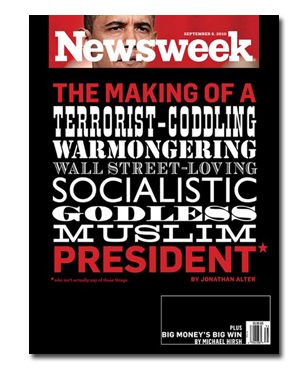 The round of layoffs that Newsweek staffers were bracing this week for was officially announced Friday afternoon.  Although a Newsweek spokesperson confirmed the cuts, she did not say exactly how many positions were eliminated.

“A small percentage of Newsweek’s staff was told today that they will not be offered jobs when Sidney Harman assumes control on October 1, 2010,” the spokesperson says. “The majority of Newsweek’s employees were asked to remain in their jobs. The Washington Post Company will provide generous severance packages to those who are not being retained.”

The layoffs come on the heels of an exodus of some of the magazine’s top editors. Earlier this week, longtime correspondent Howard Fineman left Newsweek to serve instead as a senior editor at The Huffington Post. Editor Jon Meacham, popular Newsweek International editor Fareed Zakaria and a number of editors from the magazine’s digital operation also have departed.

When purchased from the Washington Post Co. this summer by audio magnate Sidney Harman, it was reported that Harman intended to keep 250 of Newsweek’s the current staff of 325. A representative for Harman declined to comment this week when asked by FOLIO: what the loss of its top edit talent means for Newsweek going forward.