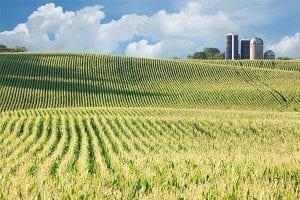 Being a 144-year-old information provider to the agricultural industry, Farm Journal Media typically likes to stage its development deliberately. But when the COVID-19 pandemic rendered all-important live events off-limits, CEO Andy Weber describes the ensuing weeks at the company as more like a fire drill.

In the course of due diligence, the company assessed its own events scheduled for the spring, including a two-day produce expo originally set for May, but also those of its competitors, such as the Informa-owned Farm Progress Show, the nation’s oldest and largest outdoor agricultural expo, alternating between Decatur, Ill. and Boone, Iowa just prior to Labor Day each year.

“We’ve competed with that. It’s an institution in the industry,” Weber tells Folio:. “I wondered, what are they going to do about it? Meanwhile, we’re thinking, this is a chance to put a template out on the future of what events are going to be. By the first of second week in April, we decided to go after Farm Progress.”

As it has been for many organizers, the solution for Farm Journal Media was a “mostly virtual” multi-day hybrid event called Farm Journal Field Days, taking place over three days in late August, on the heels of its own annual Pro Farmer Crop Tour and a mere one week prior to the scheduled dates for Informa’s Farm Progress Show. The program will feature hours of live-streamed educational content for farmers,  a series of half-hour sessions with live Q&A, surrounding two days of “very controlled,” socially distanced in-person programming.

“We weren’t hearing anything from the competition as to how they were going to adjust to the new phenomenon of COVID,” Weber says. “Their exhibitors were asking us questions, and that kind of validated what we were planning.”

Unlike most organizers, however, Weber says he foresees little difficulty generating a return-on-investment for sponsors at an event where the vast majority of attendees will be joining remotely, going as far as to guarantee that exhibitors will “experience double the ROI they get from the Farm Progress Show,” regardless of their preferred marketing metric, Weber announced in a press release on June 9.

A week later, the organizers of the Farm Progress Show issued their own announcement, noting that the in-person event was indeed moving ahead as planned from September 1-3, implementing Informa’s newly released “AllSecure” safety protocols.

[Editor’s note: in the course of reporting this story, Folio: reached out to Informa, who declined to comment. On Monday, June 29, four days after this article was published, the organizers of the Farm Progress Show reversed course, announcing that the 2020 event has been cancelled.]

Weber says he’s confident that Farm Journal’s event can deliver on the promise to outperform Farm Progress based on the strength of its connection to its audience as well as the mountains of data it collects through its various channels.

“We’re 144 years old, so we have a lot of equity in the market, and we’ve been church and state that whole time. We protect that seriously, so farmers trust us. We have a call center that’s been calling farmers since the 1960’s, collecting data,” Weber says. “So we’ve got trust built up for a long time, and then we’ve got AgWeb, which generates more traffic than our direct competitors’ websites combined. We collect behavioral data on every piece of content that they consume, on an audience of well over a million farmers.”

However a particular sponsor measures the success of their investment in Farm Progress, Weber says, his competing event will deliver based on an agreed-upon target, promising a 125% return on that investment by the end of calendar 2020, and 200% by June 30 of next year, which he says will give exhibitors time to evaluate before deciding whether to return and sponsor the 2021 edition.

“We’re turning our company from a media company into a solutions-based company. It’s not selling brand advertising anymore,” he says. “If they’ve got a new product and they need awareness, let’s measure the awareness. If they’re trying to bring the down the funnel, let’s measure qualified leads and then even how those leads turned into sales. We’re all about being judged on our performance, and then increasing our share of wallet based on us performing.”

Farm Journal Media’s robust streaming TV operation afforded the company a slight advantage, but one challenge involved in executing the new Field Days event has been determining the right combination of technology vendors necessary to pull off a virtual gathering of this magnitude, something that’s emerged as a common challenge among a group of non-competing B2B media CEO’s with whom Weber regularly networks, he says.

“Some of these vendors are booked up through the fall, they cannot take any more business. It’s really crazy,” Weber says. “One of the things that our debate struggled with was trying to find the perfect combination of vendors. And then, do you glue it together yourself or will their APIs work together?”

Weber says the company is using Intrado’s virtual event software, calling it “preferred vendor for something of the size and complexity of what we’re trying to do,” and supplementing it with some other vendors.

Looking ahead, Weber agrees with most other events organizers, including Informa exec Rick McConnell, that the future of live events is a hybrid, in-person and virtual experience, pointing as evidence to another Farm Journal Media event, the West Coast Produce Expo, which was postponed from May to November.

“While we hope to have it in its entirety as a well-attended, in-person event, we’re also building more inclusive and widespread virtual components onto that,” he says. “So we’re already preparing that to be a hybrid, even though we’ve delayed it to November.”

Asked whether he has any concerns that as virtual event offerings become more sophisticated, they might cannibalize in-person event attendance, Weber acknowledges that this is likely, but that it’s a give and take, as hybrid events also open up accessibility to a much wider audience.

“I don’t know exactly what’s going to happen coming out of COVID, but I know that events and media and most business in general will never be exactly the same,” he says. “You can either be a victim of that or you can get out in front of it.”