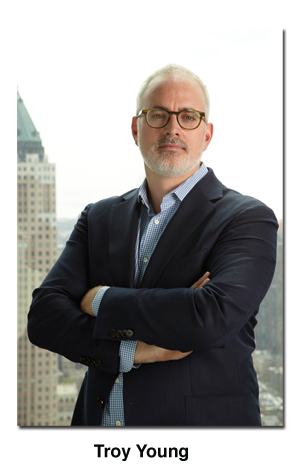 Hearst Magazines is getting evermore bullish on digital in an effort to not only remain relevant, but also go toe-to-toe with its newly redefined pure-play competitors. To ramp up efforts, the company has tapped Say Media‘s Troy Young as Hearst’s new president of Digital Media. Young, who was president of Say Media for six years, stepped down in the summer of 2012, though he did stay on with the company as a consultant until making this jump to Hearst.

“Modernity means integration and innovation,” David Carey, president of Hearst Magazines, says in an email to FOLIO:. “Troy has depth of experience in all digital disciplines, from content creation, to advertising models to acquisitions. We found the right person and it all fit together. Troy will be the growth catalyst for what is already a high-performing operation—he will take it to the next level of profitability.”

In this position Young, who is expected to start May 13 and will report to Carey, will oversee the digital content, technology, operations, revenue, product and business development strategies for the magazine division’s 26 online brands, which reach 63 million unique visitors and total 643 million monthly page views.

“The key to relevancy today is velocity: We own the monthly content consumer, now we are moving towards engagement at every moment of the day, everywhere content is consumed—on tablets, mobile, the free Web and social,” Carey tells FOLIO:. “We’re building a stronger, newsier presence, and our online content teams are focusing on that.”

This is a newly formed position, and Young will work with the existing Digital Media team. Right now, Grant Whitmore, VP of Digital Media at Hearst Magazines, is overseeing product and audience strategy, with an emphasis on increasing user engagement with content and advertising. Meanwhile, Kristine Welker VP & CRO of Hearst Magazines Digital Media is responsible for the branding, marketing and monetization of the company’s magazines sites, social extensions and pure-digital destinations.

Young joined on with Say Media during the company’s early stage and eventually helped the company to grow more than $100 million in revenue. He built and led the marketing, sales and editorial organizations, oversaw acquisitions and helped to shape its corporate, product and brand strategy.

In addition to corporate strategy development and execution, Young developed the content portfolio of xoJane, ReadWrite and Remodelista. Before Say Media, Young was chief experience officer of the Omnicom digital agency Organic, and has held advisory roles with companies like Refinery29, BuzzMedia (now SpinMedia), and CrowdSurge.