Sandow’s Success Is Anything but Traditional
And why magazine publishers need to disrupt their own business models. 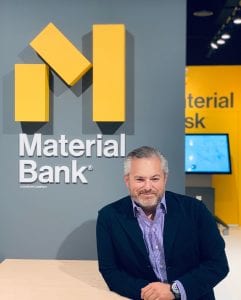 When Adam Sandow was founding his namesake company in 2003, his goal was to build a media business that would allow him to innovate and do things differently.

“What we didn’t want to do is focus on the few basic revenue streams that publishers usually depend on, which is national advertising and subscriptions,” says Sandow’s CEO and chairman.

Since then, Mr. Sandow has worked to expand the company’s portfolio of businesses—which now includes an in-house printing and content studio, a newsstand network at private airports and a research lab, among others—even though he says its core is still in media and print contributes a significant amount of revenue each year.

NewBeauty and the first Colorado-based local edition of Luxe Interiors + Design were launched in 2005, but not long after that in 2007, Sandow ventured into the direct-to-consumer space with Test Tube by NewBeauty, which he says was the first beauty subscription sampling program.

Following that, Luxe was expanded into new markets and created both a local and national advertising sales model that allowed the brand to grow at a compound annual growth rate of 26% over 14 years.

A decade ago, Mr. Sandow also launched a newsstand company, Media Jet, which owns the rights for distributing print magazines at private airports, which has scaled to over 300 locations. Aimed at reaching a very affluent audience, the newsstands sell both Sandow brands and partner titles, accounting for over 20,000 sales of Luxe alone each month.

“We wanted to build an ecosystem of revenue streams that would help carry us through the ups and downs of economies and through what was this on-coming digital revolution,” he explains. 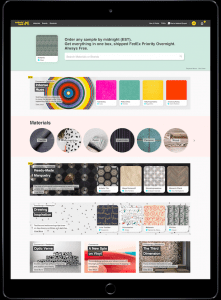 And the latest project? Material Bank—a free digital platform for designers to order and receive material samples, like flooring, wall coverings and tile, from nearly 200 manufacturers in less than 36 hours.

“I think one of the best examples of how a media company can use its strength, its connections and its influence in the industry to build a tool that is frankly used by an entire industry is Material Bank,” says Sandow. “We are completely changing how designers are doing their jobs and the growth is unlike anything we’ve ever seen.”

He explains that all of the data and product info of the material samples are put on one website, where a designer is then able to browse and compare in one place, rather than a bunch of different sites. Coupled with that platform is a logistics facility that the company built itself that integrates robotic technology.

So far, the platform has grown by 25% per month since its launch in January of this year and has over 11,000 users all working in the design industry, which represents an 80% penetration of the top 200 largest design firms in the country—a familiar audience for Sandow’s Interior Design and Luxe brands.

As for manufacturers, Mr. Sandow says that Material Bank signs a new company onto the platform every three days and now has nearly 200 companies participating.

Currently contributing approximately 10% of the company’s revenue, Mr. Sandow expects that within three years, Material Bank will end up being several times the size of the whole company. But he’s OK with moving slowly towards that goal, especially because obtaining users hasn’t been an issue yet, even with the paid marketing being limited to Interior Design.

“We have a waitlist of about 5,000 people. Because we’re only in month seven, we’re slowly learning, we’re getting our software better and better,” he explains. “We’ve also rejected about 28% of the people who have applied trying to get access because they don’t qualify. We’re just being careful—we’re not in a rush.”

When he first thought of the idea several years ago, he noted a white space in architecture and design industry for a company that allows professionals the ease of creating an entire pallet of samples for a project in one online location, and then receiving it all in one neat package on their desk the next day. As long as they request their samples by midnight and all the items are in stock, the designers can expect delivery by 10:30 am.

Part of Mr. Sandow’s years of research into creating this new platform was to figure out exactly how the company could achieve delivery speeds that even edge out Amazon Prime.

After consulting FedEx, he learned he needed to build the logistics warehouse right down the street from its global headquarters in Memphis, Tenn.

A city block by a city block, the storage location for all of the samples is operated by a team of approximately 50 humans and 13 robots—created by Locus Robotics—that collect, package and ship the samples out each night.

“The robots do all the walking and they’ll cover about 30 miles a night, right now with our volume and we’re just getting going,” he says. “That would’ve been humans walking and pushing a cart.”

Instead, a robot receives the order wirelessly, drives to the location in the warehouse and signals which material it needs. Then a nearby worker scans the sample and places it in its basket for the robot to then deliver to the packing area. And because the robots remove most of the leg work, Mr. Sandow says that he needs fewer employees to operate the facility and therefore the starting rate is $17.50 per hour—$10.25 higher than the state’s minimum wage.

On the shipping side, his team also spent a year in the R&D Lab developing sustainable packaging that would safely and securely deliver products to an office, without relying on non-recyclable packing materials or a lot of plastic. Also keeping sustainability in mind, the box they created also comes with a prepaid label to encourage users to send back the samples they’re done using for them to be reused. 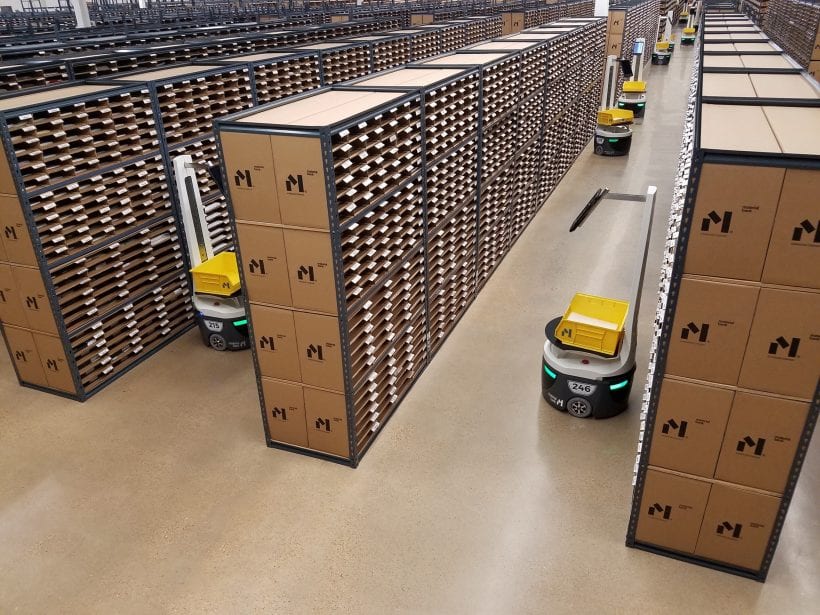 Inside the Material Bank Warehouse in Memphis, Tenn.

“We made a huge investment into this—and I don’t know that there are many magazine publishers today that would, on their own, take a risk and build a robotic distribution facility and build a technology platform that would be so far from selling advertising.”

To make money, Mr. Sandow explains that while it is completely free for designers to sign up and use, the manufacturers who use the service subsidize every order. So when an order is placed, Sandow collects revenue from the manufacturer whose samples were just ordered.

Mr. Sandow says that because orders for interior design projects tend to be complex and professionals typically want to work with the company directly, affiliate links or profit sharing with placing orders isn’t a part of the model right now. Material Bank provides leads and a different type of marketing for manufacturers, who recognize that value and pay to be a part of the service.

He also says that while a lot of Interior Design’s advertisers are on the platform, advertising isn’t a part of the revenue model either because he wants to maintain an even playing field.

“One, I don’t want to compete with our own advertising business,” he explains. “And two, we don’t want the designers to feel like there is bias, because they’re making big decisions on materials and they don’t want to think that they’re being pushed to something. It also helps all of our manufacturers so that no one really rises to the top and it becomes unfair.”

It’s also the trust that Sandow’s media brands have built with companies over the years that has helped Material Bank to grow as quickly as it has, which according to Mr. Sandow, a tech startup out of Silicon Valley could never do.

“If you think about how long it would take to get 11,000 architects, designers and users onto a platform, you couldn’t do that in seven or eight months, but we know everyone and we are so trusted because we’ve been in this business for so long that we’re able to walk into huge firms. Same thing with the manufacturers—they know us and trust us.”

Being a solutions provider for its partners is the ultimate goal that Mr. Sandow encourages all of the company’s salespeople to sell, though he says it wasn’t easy to get everyone out of the print and digital ad mindset.

“That’s the thing we love, when we can go deep with a company,” he says. “And we’ve done a lot of Sandow-level deals with companies now,” continuing that if they can get a partner on Material Bank, advertising in print’s front-of-book sections, commissioning research and buying custom content, then he feels satisfied.

And because the Material Bank itself doesn’t allow advertising, he encourages companies to promote elsewhere in their products and on their platforms in order to reach potential customers. 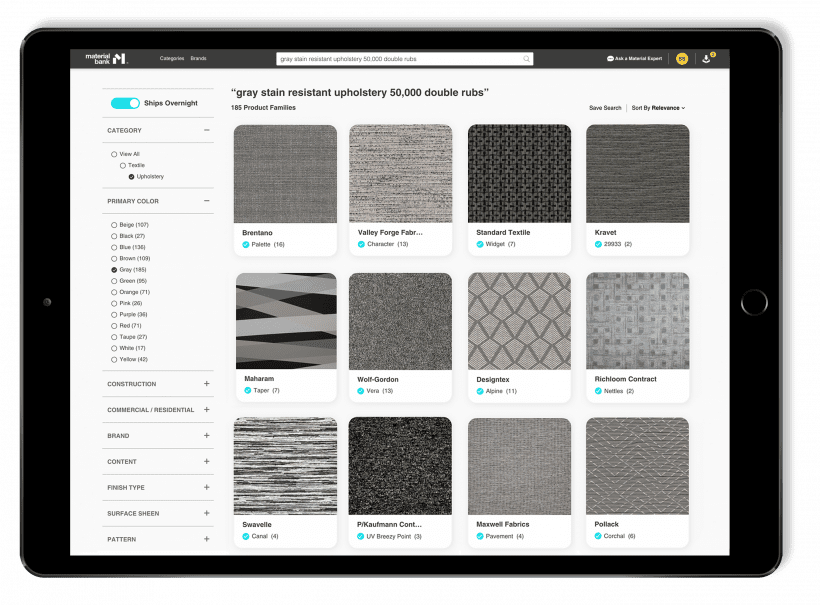 When Mr. Sandow first established his company, he says his goal was to compete with the major magazine publishers of the time by taking risks, “I never wanted to be that kind of company that got disrupted from the authority that we have in our space.”

Now, he says Sandow is not only leading in the design space, but it’s disrupting the industry.

“We have proven that we can save the average designer who uses Material Bank over three hours of work per week—that is a substantial amount of billable hours that we save. It’s why the industry has changed so quickly.”

Beyond that though, Material Bank is also disruptive to both Sandow’s advertising operations and the advertising industry in general, in a way that he’s OK with since it feeds back into his own business. He’s already seen partners pull back in that area.

“This will end up hurting advertising because manufacturers’ bills are becoming giant and eventually they’re going to ask if they even need an ad if we’re delivering them a lead and handling the logistics. Part of this is a little disruptive, but I think you have to do this in this industry.”

And while an investment of this size is a risky move, especially for a company rooted in media and reliant on advertising, he says publishers need to be considering out-of-the-box thinking like this in order to not only be profitable, but to survive—which is something he is not currently witnessing in the industry.

“When I started, I was looking at these big companies as competitors and was thinking one day I’m going to grow to compete or be bigger than these guys. But today, there are no competitors and it’s not good,” he says. “It’s bad for the industry because people stop believing in print and magazines are producing 30-page magazines with $5 subscriptions and it hurts everybody.”

The next steps for Material Bank that Sandow is currently beta testing is the Material Desk, a standalone, interactive touchscreen that will go in the offices of architecture firms that designers can use during their work day and order samples directly from it.

Additionally, Mr. Sandow is hoping to expand the Material Bank Lab—the digital platform brought to life that opened in Chicago this summer as a year-long pop-up—into a full-fledged store in a major city, which he says is an important way for designers to interact with the company.

And while non-traditional revenue streams like these allow Sandow to grow, Mr. Sandow says that the company still has a deep interest print and will be investing in the platform next year with new products.

“The more of these kinds of things we do, the more we’re known as an innovator and a partner, not a place to run ads, because my god, I wouldn’t want to be a company today just surviving on selling print—it’s hard,” he continues. “We’re able to grow our business because companies are looking at us as partners and innovators.”