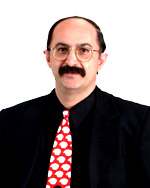 "Mr. Magazine" would like to be known as the "Magazine Police," too.

In a supermarket, he watched a woman flip through and read parts of People magazine, then put it back onto the shelf. Husni caught up with her and asked, "Would you open a box of Rice Krispies, dig your hand in, stuff some in your mouth, and then close up the box and put it back on the shelf?"

She looked at him and replied, "Who are you?" Husni’s response: "The magazine police."

To turn content into a brand, Husni says, you need to have strong editorial. You don’t want people to steal your content, you want them to buy it. You want to make sure they never put it back on the shelf.