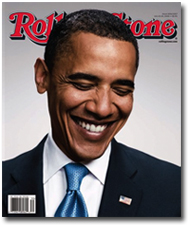 The cover, which won the “Best Obama” category before it was chosen as “Cover of the Year,” depicts Barack Obama in Raleigh, NC, just a few days after receiving the Democratic Party’s presidential nomination.

For the third annual competition, visitors to Amazon.com were prompted to vote on nominated covers in 10 categories, marking the first time in the four-year history of the contest that the winners
were determined by consumers rather than by ASME members. Magazine covers were eligible if they appeared in issues dated from June 1, 2008, through May 30, 2009. More than 100,000 votes were counted.

The nine other Best Cover Contest category winners, which were announced last month, are: