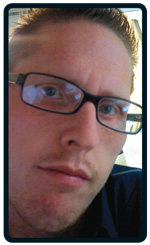 In 19 months Robert Michael Murray has turned National Geographic [NG] into a social media powerhouse, a behemoth to be envied by publications around the world. In that short time Murray brought millions of fans to NG’s Facebook page, without ads or paid acquisition, while transforming the brand every step of the way.

“One of the first things I did was say, ‘We’re going to take this and it’s going to be a content and engagement platform and focus on trying to develop experiences and relationships [with fans],’” Murray said.

In February 2010 NG had 700,000 Facebook fans and Murray helped to push the number to 1 million. Today, the NG social media page has over 5 million fans and is the third largest media brand on Facebook behind MTV and Disney.

The social media guru achieved this by what he calls the recognition of the millennial generation participation—a view that new and younger consumers are living in an active media age with a desire to consume and connect with content. Murray said that NG staffers would post a photo, article or piece of multimedia every three to four hours which would then be shared across the space and draw new viewers to the site’s homepage.

Murray believes that when Facebook pages are used as “just another billboard” that users will mute a page from their news feed streams or “unfan” the page all together. By just having content on a Facebook page, Murray said people are driven to the site.

“Get folks to show up in the venue, and then make those kinds of [ad] pitches to them,” he said.

It’s paid off. NG’s Facebook page offered a subscription to their U.S. fans at the lowest price available for a maximum of 48 hours. In that time 7,000 new subscription orders were placed.

“I think that just shows the power of what’s happening,” he says.

VITAL STATS: Over 5,243,281 Facebook fans. One of the first brand partners with Gowalla. Over 600,00 Twitter followers. Social media nomad Andrew Evans snapped a photo of an all black penguin, which scientists say is a rare and unseen bird – media outlets around the country picked up the story, driving more traffic to the site.