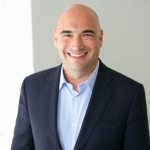 Reuters named Josh London as its new chief marketing officer, effective immediately. Most recently the CMO at IDG Communications, London will now be responsible for all aspects of marketing at the company, including leading product, field and brand marketing. He will report directly to Reuters president Michael Friedenberg, who previously worked with London at IDG, where he was the global CEO and board member before joining Thomas Reuters at the end of last year.

Prior to IDG, London was the founder and managing partner of Salt Island Ventures, COO, VP of marketing and general manager at SX2 Media Labs/ComputerShopper.com and associate vice president of marketing at CNET Networks.

“Josh is a respected and accomplished marketing leader with a strong history of building brand awareness and driving commercial success,” said Friedenberg in a statement. “His breadth of expertise and experience will add significant value to our team as we work to reset, modernize and grow our organization.” 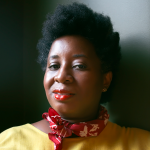 Thrillist tapped Nicole Taylor as its new executive food editor. Starting in July, Taylor will lead the company’s food and drink coverage and brand strategy, as well as lead the day-to-day oversight of the Food vertical. She has held a variety of roles across media, including serving as the host of the food podcast “Hot Grease,” the author of “The Up South Cookbook” and “The Last O.G. Cookbook” and she has contributed to publications such as The New York Times, Wine Enthusiast, the James Beard Foundation blog, Food + Wine and Esquire.

“Taylor is a respected voice and a leader in the field, and her credibility in the food space and multi-platform storytelling experience make her a dynamic choice and great fit to lead Thrillist’s food coverage into the future,” said Bison Messink, executive editor of Thrillist in a statement. 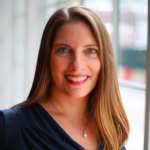 Condé Nast Entertainment tapped Kathryn Friedrich as its new EVP of operations and general manager. Friedrich joins the company from Verizon Media Group’s RYOT Studio, where she served as its chief business officer. Reporting to present of CNE Oren Katzeff, Friedrich will be tasked with implementing the company’s strategy and operations across its video offerings and the video verticals of all of the brands.

While at RYOT Studio, she was responsible for building scalable content programs for advertisers, and before that, she served as the chief marketing and revenue officer for Thrive Global, where she worked with Arianna Huffington to build all aspects of the start up company from monetization strategies to product development. Before that, Friedrich spent a decade at Google. 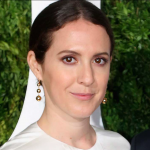 Following W magazine’s sale to Future Media Group earlier this week, longtime editor-in-chief Stefano Tonchi is stepping down after nearly a decade in the role and style director Sara Moonves was tapped to succeed him. Moonves, who previously worked at Vogue and at T: The New York Times Style Magazine, joined W in 2017 and will be the fashion glossy’s first female top editor in its 47-year history.

During a transitional period, W will still receive support from Condé Nast, but its team and the teams for Future’s Surface magazine and Watch Journal will collaborate to work across each of the brands’ departments. Included in this reorganization is the promotion of VP of revenue Amber Estabrook to chief revenue officer of Future. 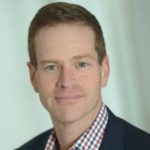 Steven Schwartz was named the first chief operating officer for Arianna Huffington’s Thrive Global, according to WWD. Schwartz joins the company from information discovery company Dataminr, where he was the president of operations and strategy, commercial markets. In his new role, he will use his experience leading data-driven growth to help scale Thrive Global’s well-being products, as well as expanding the company through acquisitions.

Prior to Dataminr, Schwartz spent four-and-a-half years at Reuters, where he was its EVP and global managing director. He also formerly was the chief digital officer of Wenner Media and the general manager of Reader’s Digest. 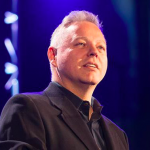 Smithsonian’s Michael Caruso is stepping down from his role as editor-in-chief of the magazine and VP of live events for Smithsonian Enterprises after over seven years with the company at the end of this month. In his role as VP, Caruso helped to launch several events including the American Ingenuity Awards, the Smithsonian Ingenuity Festival and Future Con. He has not announced his next career step.

Caruso’s successor has not yet been named, but during the interim, the magazine’s senior staff, which includes deputy editor Terence Monmany, art director Maria Keehan and director of editorial operations Debra Rosenberg, will lead the publication’s operations.

The Wrap reported that former Hearst exec Dana Stern joined Refinery29 as its new VP of talent relations, casting. In this role, Stern is tasked with leading and building efforts to integrate talent across the company’s editorial and sponsored initiatives, including video, experiential and live events. She will report directly to the company’s president of North America and CCO Amy Emmerich. 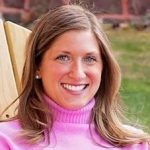 Better Homes & Gardens named Brooke Vladyka as its Eastern advertising director this week. In this role, she will report directly to SVP and group publisher of BH&G Stephen Bohlinger and will be tasked with leading and growing multi-platform advertising sales for the New York and the East Coast territory. For the past six years, Vladyka has been with Meredith Corp., most recently as the account director for the magazine, and before that, as the Northeast integrated account director for EatingWell. She also held roles at Cooking Light and MyRecipes.com, when they were owned by Time Inc. 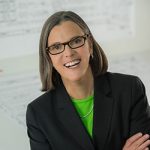 Winsight LLC announced a promotion and hire earlier this month following the November acquisition of the National Restaurant Association Show. Mary Pat Heftman was promoted to the role of vice chairman of Winsight Exhibitions, where she will continue to maintain the company’s relationships with the National Restaurant Association, exhibitors and other partners. Heftman will also take on the expanded responsibilities of overseeing all on-site events, growth opportunities for the Show and other corporate development projects. She has worked on the Show for the past 18 years and joined Winsight following the acquisition. 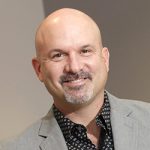 Tom Cindric was hired as the president of Winsight Exhibitions, where he will be tasked with leading day-to-day management and P&L for the Show. Cindric joins Winsight from Informa, where he served as SVP of Informa Exhibitions. Prior to this, he spent nearly 14 years at Hanley Wood, serving most recently as vice president. Cindric is also the chairperson of The International Association of Exhibitions and Events (IAEE), the association for the exhibitions and events industry.

Elena Bergeron, who stepped down from her role as editor-in-chief of SB Nation in March, is joining the New York Times‘ Sports desk as an assistant editor. Before joining SB Nation in 2015, she was the founding editor of Complex Media’s basketball and lifestyle site Triangle Offense and served as a staff writer for ESPN: The Magazine.

Vanity Fair‘s Nicole Sperling is also joining the Times as a media reporter in July. Since October 2017, Sperling served as a Hollywood correspondent for VF and prior to that, she served as a senior writer at Entertainment Weekly for a total of more than seven years over two different stints. She was also a film reporter for the Los Angeles Times and a film business editor at The Hollywood Reporter.

New York magazine’s Jason Chen, who most recently served as deputy editor of product recommendation vertical the Strategist, is leaving the brand to join New York Times‘ tech recommendation site Wirecutter in the same role. Chen first joined New York in 2016 as a senior editor for the Strategist and prior to that, he served as a senior editor for Departures Magazine while it was owned by Time Inc. He’s also held roles at Condé’s GQ and Details magazines.

Ben Barna, who left Interview magazine in January to join Gawker as its new senior editor ahead of the relaunch, is heading back to Interview to serve as its new executive editor. His former tenure at Interview began in November 2017 when he joined the magazine as its features editor and then led its digital operations. Prior to that, Barna was a senior editor for Nylon Magazine and the editorial director for Bullett Magazine.

Replacing Barna is Nate Hopper, who most recently was the Ideas editor at Time. Hopper joined the magazine in June 2016 as its opinions editor for Time Ideas, and prior to that, was an assistant editor and then an associate editor at Esquire.

Ken Lerer stepped down from his role as chairperson of BuzzFeed after a decade, Reuters reported on Tuesday. The company’s board of directors hasn’t yet decided if it will name a new chair in his absence. A digital media leader, he also was a co-founder of the Huffington Post, and his new focus will be on his new venture fund Lerer Hippeau.

Elsewhere at BuzzFeed, Scott Lucas, the former senior editor of San Francisco magazine and politics editor of The Las Vegas Sun, is joining the company as its new deputy editor for tech and business, according to a report from Talking Biz News. He will replace Samantha Oltman, who recently joined Recode as its editor-in-chief.