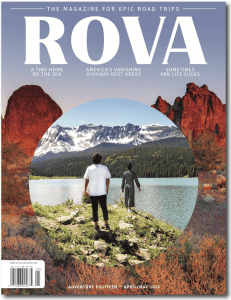 Unlike most mass-market magazine publishers, whose print books generally depend far more on subscriptions and advertising revenue than single-copy sales, closures of newsstands and bookstores due to shelter-in-place orders have robbed many independent, niche magazine publishers of a vital distribution channel.

“A substantial number of our copy sales are from newsstands and other retail outlets,” says Gemma Peckham, publisher and editor-in-chief at Executive Media Global, whose titles include ROVA and Oh Reader magazines. “With the closure of many Barnes & Noble outlets, as well as a number of other retail stores through which we distribute, our circulation has certainly dropped off. We are working on taking orders for our mags directly through our websites and we’re pushing subscriptions to try to mitigate as much of that loss as possible.”

To further alleviate this disruption, Executive Media has identified a collaborative solution: a curated, subscription-based bundle of five niche magazines, all from different independent publishers, sold online and mailed to readers every two months. 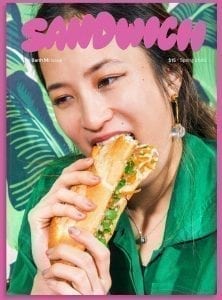 Branded as MagBox, the first box will be shipped in June, containing the latest issue of ROVA as well as Adventure Journal, Drift, Fifty Grande and Sandwich magazines. Ranging from $39.99 for a 12-month commitment up to $44.99 for a “pay as you go” subscription (a steep discount off the combined cover prices of each magazine, which average $15.99), each subsequent box will contain a different mix of titles, Peckham says, with the idea being that each edition will carry a loose theme but also feature a range of different styles and subjects.

“There’s a lot of competition between publishers, and this can be detrimental to the success of the industry,” Peckham continues. “With the threat of closure looming for many magazines that are facing extreme difficulty, it’s important that we work together to create opportunities that will help us survive. If we can help other publishers get their magazines into people’s hands while doing the same for our own, we’re helping to support and strengthen magazine media.”

It’s a solution that’s actually been in the works since last year, but was accelerated by the outbreak of the COVID-19 pandemic, Peckham says.

“Direct mail as part of a magazine bundle seemed like a great way to offset our retail circulation difficulties. On top of that, in terms of consumer interest it felt like an opportune time to launch, with readers in many places unable to visit bookstores, and people essentially in need of things to do (or read) while they’re sheltering in place.” 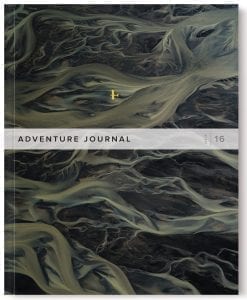 Executive Media is engaged in negotiations with fulfillment providers to handle distribution, and is sharing the email list of subscribers with the other publishers that participate in MagBox. Rather than a revenue share, the company is paying the other publishers based on an agreed-upon per-copy price and retaining any additional revenue from the sale of the boxes.

After purchasing the magazines and paying for fulfillment, shipping and promotion, the margins for Executive Media are “pretty low,” Peckham concedes, noting that the main focus in the early going isn’t revenue so much as creating another distribution channel to get the magazines into the hands of readers.

ROVA and Executive Media are primarily marketing MagBox through Instagram ads, and other participating publishers are leveraging their social media channels to promote the offering as well. The plan, eventually, is to create multiple different packages that will continue beyond the pandemic, allowing subscribers to choose which magazines they’re most interested in receiving every two months—or, as Peckham puts it, essentially having the magazine rack brought straight to their homes.

“I’m so passionate about the publications that we produce, and I know that behind each of the magazines that we’re working with is another team that loves what they do as fervently as I do,” she adds. “We want to keep that passion alive. Every magazine closure is a huge loss for magazine publishing as a whole.”