When analyzing the mobile devices activated by corporate customers in the final quarter of 2012, the results showed Apple as the “clear winner among enterprise users, claiming the top five spots for device activations, and more than 90 percent of all tablet activations.”

According to the results, the iPhone 5 was the most popular device in Q4, representing about 32 percent of all activations for the quarter—making it the leading device for enterprise activations of any iOS, Android or Windows Phone model. As the chart below shows, Android devices lag considerably when compared to Apple products. 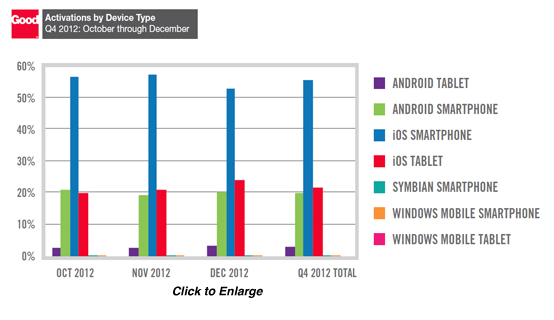 Other findings in the study include: