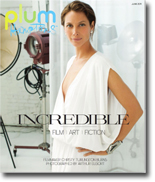 As the publishing industry continues to recover from the economic recession, 138 magazines launched in the first half of 2011, according to online periodical database MediaFinder.

The food and regional interest sectors boast the most launches, category-wise, in the first half of 2011, with new titles like Plum Hamptons hitting the market.

Some good news for b-to-b: 34 new titles launched in the first half, including Progressive Cattleman and Converting Quarterly, compared to 13 titles that folded, including Industrial Wastewater and Texas Construction.

Seventy-four titles closed in the top half of 2011, down from 86 closures in the same period in 2010. Although tied with the food sector for the most number of launches, the regional interest segment also saw the most magazine closures, including the closure of regional “luxe” 944 Media magazines in June.

However, Sandow Media, which bought the media company in February of this year, says that the Las Vegas installment may be come a part of a new partnership with Wendoh Media to publish a new guide to Las Vegas.

Note: These totals include some website launches, such as Gilt Taste.