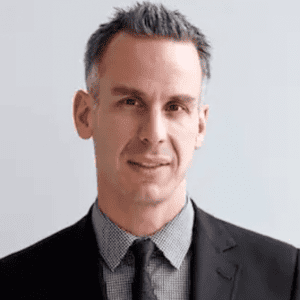 Adam Rapoport, editor-in-chief at Bon Appétit since 2010, is stepping down from that role after a photo of him in an offensive Halloween costume resurfaced online Monday amid allegations from current and former staffers of racial discrimination at the magazine.

As the screenshot spread on Twitter, Bon Appétit assistant food editor Sohla El-Waylly responded on Instagram by calling it “just a symptom of the systemic racism that runs rampant” at Condé Nast.

“I’ve been pushed in front of a camera as a display of diversity,” El-Waylly wrote. “In reality, currently only white editors are paid for their appearances.”

Former senior staff photographer Alex Lau, who left the publication in December after six years there, backed up some of El-Waylly’s claims in a Tweet thread, writing, “I left [Bon Appétit] for many reasons, but one of the main reasons was that white leadership refused to make changes that my BIPOC coworkers and I constantly pushed for.”

“This isn’t solely a BA problem. This is a Condé Nast problem,” he added.

In an Instagram post announcing his decision to resign, Rapoport said he was stepping down “to reflect on the work that I need to do as a human being and to allow Bon Appétit to get to a better place.”

“From an extremely ill-conceived Halloween costume 16 years ago to my blindspots as an editor, I’ve not championed an inclusive vision,” he wrote, adding, “I am deeply sorry for my failings and to the position in which I put the editors of BA.”

Amid a company-wide push into video content at Condé Nast, Bon Appétit has been among the company’s most successful brands. Videos featuring its test kitchen personalities regularly rack up millions of views on YouTube.

“The way that we determine who should and shouldn’t be incrementally compensated for video beyond their salaries is flawed and it needs to change,” wrote Matt Duckor, Condé Nast’s VP and head of programming across several titles, including Bon Appétit, on Twitter Monday evening. “I take responsibility for my part in this flawed system and will be an ally with my BIPOC coworkers to create a more equitable one that values all employees, whether it be for their writing, recipe development, or video work.”

On Wednesday, Duckor also resigned, according to reports in Business Insider and the New York Times.

In a company statement issued Monday night, Condé Nast, which began last week by pledging support for the Black Lives Matter movement in a letter co-signed by its executive leadership team, said it was “dedicated to creating a diverse, inclusive and equitable workplace.”

“We have a zero-tolerance policy toward discrimination and harassment in any forms,” the statement continued. “Consistent with that, we go to great lengths to ensure that employees are paid fairly, in accordance with their roles and experience, across the entire company.” 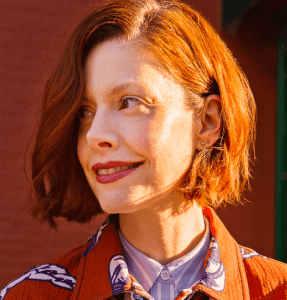 Meanwhile, Refinery29 co-founder Christene Barberich is stepping down from her role as global editor-in-chief of the 15 year-old women’s lifestyle site to make way for a replacement, she revealed on Instagram Monday morning.

The decision comes after multiple former staffers publicly accused the site, which was acquired by Vice Media for $400 million in October, of a lack of diversity and discrimination against people of color on its staff.

“I’d like to start by saying that I’ve read and taken in the raw and personal accounts of Black women and women of color regarding their experiences inside our company at Refinery29. And, what’s clear from these experiences, is that R29 has to change. We have to do better, and that starts with making room,” Barberich wrote Monday. “I will be stepping aside in my role at R29 to help diversify our leadership in editorial and ensure this brand and the people it touches can spark a new defining chapter.”

The reckoning began last Tuesday, when Ashley Edwards, a former news and politics editor at Refinery29 from 2017 to 2019, responded after the site signaled support for the Black Lives Matter movement by calling out its alleged mistreatment of black staffers.

Edwards’ Tweet thread prompted several other former staffers to share their own experiences, to which the union representing Refinery29‘s editorial staff responded two days later by saying they’d written to management “asking for immediate action at the highest level.”

In her statement Monday, Barberich implied that she’d remain with Refinery29 in some capacity, at least through a transitionary period, but that the site will immediately begin the search for a new global editor-in-chief.

“It’s time for a new generation of leadership that’s truly reflective of the diversity of our audience with divergent points of view, one that builds and expands on our original mission to amplify and celebrate a wide range of voices, perspectives, and stories…stories that need and deserve to be told,” Barberich added.

In a staff memo, Vice Media CEO Nancy Dubuc added that Refinery29 will be releasing “a handful of leadership positions” from a hiring freeze that had been implemented during the pandemic “with a clear focus on bringing in more diversity to the organization.”

The shakeup at Refinery29 comes just days after it was revealed that Variety co-editor-in-chief Claudia Eller will be taking a leave of absence after telling Piya Sinha-Roy, a freelance journalist and former editor at rival entertainment industry trade The Hollywood Reporter, that she sounded “really bitter” after Sinha-Roy accused her of not having “done enough” to foster diversity in Variety‘s newsroom. Eller apologized for the exchange on Thursday, adding that she hopes to eventually return to Variety “when the time is right.”