Its second bankruptcy now behind it, RDA Holding Co. is entering a new phase. CEO Robert Guth is putting his stamp on the company’s flagship brand, Reader’s Digest, with a redesign and changes to the business model.

The new magazine—which went on sale last week—has updated its logo, invested $1 million in its paper stock and altered its organization in an effort to modernize. Digital initiatives like a refreshed website and iPad app, along with the launch of a mobile app, were also part of the changes. 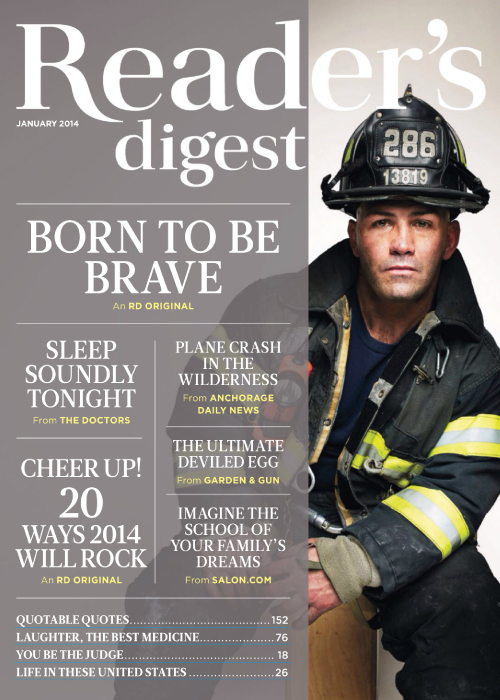 "We’re fully confident we’re going to satisfy our current subscribers because what we do hasn’t changed," says Liz Vaccariello, chief content officer and editor-in-chief of Reader’s Digest. "The way that we package it has changed. And we feel that modern approach to packaging it will appeal to people who, frankly, might not remember that we’re still around."

Guth has also emphasized pricing discipline, which he says, had led to sales declines in the past. The magazine will still be $3.99 on newsstands and is testing price points of $15 for yearly-subscriptions—close to what it was before—but price slashing and flash offers brought on by agent-sold subscriptions would lead to hesitancy from consumers*. With the rate base down from 5.5 million to 3 million, they’re able to focus only on more profitable direct sales from the publisher, Guth says.

"It’s not a dramatic change for the customer, but we’ve eliminated a lot of the agent subscriptions that were helping prop up the rate base," he says. "Those created a problem from a pricing discipline perspective. The key is to be able to have predictable and rational pricing for customers where they don’t feel like if they wait another week, there will be some new deal. It’s not so much about dramatically changing the pricing as it directly relates to the customer, it’s about getting rid of the other channels that undermine that pricing."

Guth’s blueprint also involved exclusivity and premium placement for advertisers. As planned, the magazine sold fewer (but higher-priced) ads in the new issue—16, in all—and plans to have 34 ads per issue by the summer. That contrasts with an average of 60 to 70 per issue in the first half of 2013.

"We have an expectation over the next 5 or 6 months that we’ll grow to the new full book size," he says. "We don’t expect to do it overnight."

They’re investing in consumer marketing as well. They’ll host an unveiling event in Times Square on Monday, including a digital billboard spot.

For RDA Holding Co., it’s the second redesign to a major title in a year. Taste of Home was expanded and made upgrades to its paper stock and binding in March.

Guth hints that changes could be ahead for the company’s other nine titles as well: "It’s highly-likely that more of these types of things will happen."

*Editor’s note: An earlier version of this article incorrectly stated that the price of an annual subscription was $50. Reader’s Digest is currently testing subscription prices at $15.