On Tuesday, Questex announced Patrick Nohilly as its new chief financial officer, working out of the B2B media and events firm’s New York headquarters. Nohilly succeeds Debra Mason, who left in September to take on the CFO role at SourceMedia.

Nohilly most recently served as president and CFO at Messe Frankfurt North America, the U.S. subsidiary of the global trade fair company. His experience encompasses financial oversight, mergers and acquisitions, operations, and centralized services; he has completed over 20 strategic acquisitions.

“Pat is a transformational executive,” said Questex CEO Paul Miller. “His extensive financial and operational expertise makes him a huge asset for Questex. We are highly acquisitive and now with Pat on board we have the ability to bolster our organic growth through M&A to add scale, capabilities and resources.” 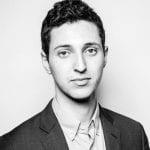 In a staff memo, Fast Company editor-in-chief Stephanie Mehta announced the hiring of Vanity Fair‘s Benjamin Landy as executive editor, digital, effective November 11. A former colleague of Mehta’s, Landy spent the last four years at VF, first as senior editor of “The Hive” and most recently as deputy editor.

Mehta also recognized deputy editor Kate Davis for stepping up as acting digital editor after Landy’s predecessor, Paul Smalera, left in May to become editor-in-chief at Medium, calling Davis an “invaluable part of our newsroom” and “a key member of the Fast Company top editorial leadership.” 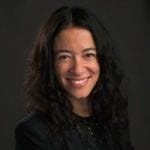 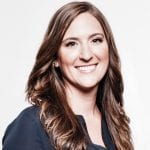 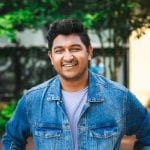 Nylon‘s new editor-in-chief, Alyssa Vingan Klein, who joined in August from Fasionista.com, is building out her team with the hires of Lauren McCarthy as executive editor and Maria Bobila as fashion editor.

McCarthy brings over eight years’ experience in fashion journalism working for Condé Nast, Hearst, and Fairchild Fashion Media; she most recently served as digital features director at W magazine. Bobila also comes from Fashionista.com, where she served as an associate and later senior editor, and was previously an an intern at Nylon. 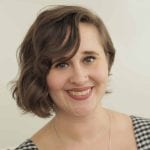 Adweek promotes Nicole Ortiz to senior editor; she had been serving as community editor. In her new role she will oversee op-eds on time-sensitive and cultural news, the weekly magazine, as well as the brand’s Trending column. She will also lead SEO initiatives including the launch of a plugin; and continue to spearhead the task force which ensures the newsroom is conscious of diversity and inclusion in its content.

Design and strategy firm Godfrey Dadich Partners hired Shawn Sprocket as design director, emergent experiences. He joins from Facebook, where he was a product designer working on AR and VR experiences on the platform’s Alexa-enabled Portal devices. Before that, he was design lead at Airbnb.