Quartz Announces Leadership Overhaul | People on the Move
Meredith names a diversity director, Kalmbach staffs up its online trains portal, new hires at The Cut and GQ and more. 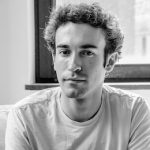 On Monday, Quartz announced multiple transitions in leadership, including co-founder Zach Seward‘s promotion from chief product officer and executive editor to CEO. Former co-CEO and publisher Jay Lauf will now serve as chairman, a new role at the global business news platform; and former co-CEO and editor-in-chief Kevin Delaney will stay on as an advisor. Additionally, chief commercial officer Katie Weber was promoted to president.

The moves, announced in a staff memo, come a little over a year after the brand was sold by Atlantic Media to the Tokyo-based media company Uzabase.

“As planning for 2020 accelerated, it was both clear and confidence-inspiring to see how central a role Zach [Seward] has played in driving the strategy, from the pending release of an exciting new Quartz experience to the distinct vision for membership,” wrote Lauf and Delaney in the memo. “All of these things presented a logical and seamless moment for the next chapter to begin.” 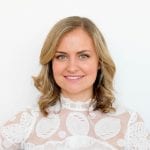 Seward joined Quartz early, as its second employee. His vision on product innovation has garnered awards, and recently he led the launch of the brand’s premium membership program. Prior to joining Quartz in 2012, Seward previously worked at the Wall Street Journal and Harvard’s Nieman Journalism Lab.

Weber joined Quartz in 2014, originally as senior account director before her most recent promotion to chief commercial officer earlier this year. As president, she will oversee advertising, partnerships, and the membership program. Previously, Weber spent five years at Condé Nast, most recently as director of corporate partnerships. 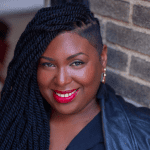 Pinnock holds multiple human resources designations and is certified as a Professional in Human Resources (PHR) by the Human Resources Certification Institute. She previously served as the diversity and inclusion officer and human resources director for Consumer Reports, which was recognized as “Most Committed to Diversity and Inclusion” in a 2018 Digiday awards program. 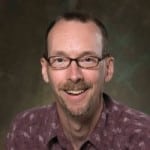 Joining Popp on the Trains.com team is Kent Johnson, who has been promoted to producer. Johnson, who has held multiple editorial positions at Kalmbach since 1994, will oversee the development and programming of all video content. Additional moves to Trains.com include Classic Toy Trains editor Carl Swanson transitioning to chief editor of Model Railroader, and Model Railroader editor Hal Miller moving over to manage both Classic Toy Trains and Garden Railways. All three will report to Popp. 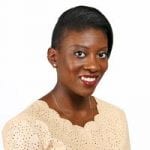 Elle.com style director Nikki Ogunnaike is moving over to Condé Nast, where she’ll take on the role of deputy fashion editor at GQ. Part of newly promoted EIC Will Welch’s vision involving a “cover-to-cover emphasis on style,” Ogunnaike will report to fashion director Mobolaji Dawodu and act as a liaison between GQ and major fashion brands, according to an announcement. 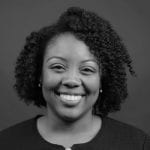 Adrienne Green and Kerensa Cadenas are joining The Cut as senior editors. Green formerly managing editor of The Atlantic‘s print edition, overseeing feature assignments and special issues, will focus on culture and politics by overseeing site-wide projects for The Cut. Cadenas, who will edit pop-culture coverage, formerly oversaw the movies section in Entertainment Weekly’s print edition, and prior to that was a deputy editor at Complex.

Also joining The Cut’s editorial team is Sangeeta Singh-Kurtz as a senior writer. Formerly a culture report at Quartz, she will work on the culture beat, covering the internet and entrainment.

Lisa Garcia, the former environmental justice head in the Obama administration’s EPA, is joining online magazine Grist as program director for “Fix,” the non-profit environmental news outlet’s solutions lab, which launched earlier this year. In this role, Garcia “will spearhead initiatives that knit together hundreds of leaders around the country and help show the way forward with a new story of positive change,” according to an announcement.

Access Intelligence, Folio:‘s parent company, hired Michael Ring as VP of digital strategy for the company’s marketing and media brands. In this role, Ring is charged with driving digital product and revenue growth by working with brand teams on proposals, sales calls, and refining digital offerings.