Quad/Graphics Acquires LSC Communications for $1.4 Billion
The merger between two top printers is part of Quad's plan for industry consolidation. 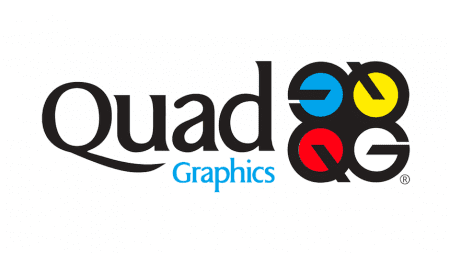 Two of the top magazine printers in the U.S. are set to merge next year, continuing in the years-long trend of consolidation within the printing industry.

Quad/Graphics will acquire LSC Communications in an all-stock transaction with an approximated value of $1.4 billion, which is expected to close in mid-2019. As of Sept. 30 of this year, the estimated combined annual revenue of the company would have been $8 billion.

“This is a defining moment in Quad’s 47-year journey,” said Joel Quadracci, Quad/Graphics chairman, president, and CEO, in a statement. “Together with LSC Communications, we will create a compelling combination of talent, expertise and client technology to further fuel our Quad 3.0 marketing solutions transformation and strengthen the role of print–a proven and trusted media form in today’s multichannel world.”

This acquisition will mark the ninth merger for Quad within the decade. According to Quadracci in the printer’s 2017 Q4 Conference Call, these mergers are part of the Quad 2.0 transformation plan, which started in 2010 with the $1.3 billion purchase of World Color and is aimed at making the company a “disciplined industry consolidator.”

While the 2.0 strategy is aimed at consolidation, the Quad 3.0 strategy focuses on the company’s ability to expand their capabilities quickly with appropriate resources to scale significantly, according to Quadracci in the Q4CC.

The most recent merger for the company took place in March of this year when the company took majority ownership stake of Rise Interactive for an undisclosed amount, and the other consolidations made by Quad in the printing industry from most to least recent are Ivie & Associates, Marin’s International, Brown Printing, UniGraphic, Vertis Communications, and Williamson Printing Corporation.

LSC Communications has also participated in shrinking the industry with five acquisitions of its own in 2017. Between July and November of last year, the company purchased Creel Printing, Fairrington Transportation, Publishers Press, Cenveo Envelope Group, and Clark Group, in that order.

“Since becoming a standalone public company at the end of 2016, LSC Communications has added critical scale, capabilities and technologies,” said Thomas J. Quinlan III, LSC Communications chairman, CEO, and president in a statement. “We have done so through acquisitions and divestitures as we work to strengthen our position as a leading innovator in print and multichannel logistics. We are now taking the next major step in our evolution.”

The newly combined company will be headed by Joel Quadracci, who will serve in the same capacity. The board of Quad will also expand to include two members from LSC Communications’s existing board, however the names of those board members have not yet been announced.

For shareholders of the acquired printer, under the terms of the agreement, each LSC Communications share owned will transfer into 0.625 shares of Quad Class A common stock. The former LSC shareholders will represent roughly 29 percent total ownership of the combined company, as well as hold approximately 11 percent of the vote, which supports Quad’s long-term strategic vision of preserving the Quadracci Family’s leadership and voting control within the company.

As a result of the merger, Quad estimates $135 million in net synergies between the elimination of redundant staff, operations consolidation, and creating efficient supply chain organizations, and it expects this to be achieved in no more than two years.

“Our clients will benefit from a highly efficient print platform, and the additional cost- and time-saving opportunities generated from enhanced production and distribution efficiencies and flexibility, expanded mailing and logistics services, and strengthened print management services,” said Quadracci. “We are confident in the synergies we will generate from this transaction.”