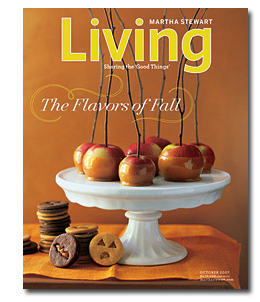 Amid reports about a reorganization among its heads of marketing, broadcast sales and digital sales, Martha Stewart Living Omnimedia Wednesday reported a net loss of $13.7 million through the first nine months, compared to a loss of $35.3 million this time last year. The company’s revenues were $49.7 million in revenue during the third quarter this year and $158.2 million year-to-date—up slightly from $157.2 million during the same period last year.

During the third quarter, the only division that did not report an operating loss was merchandising, which generated roughly $5.5 million in profit, up more than 50 percent from $3.5 million during last year’s period. According to MSLO executive chairman and principal executive officer Charles Koppelman, the company is now realizing positive results from its merchandising unit after efforts over the last several years to diversify and expand that business “for long-term growth.”